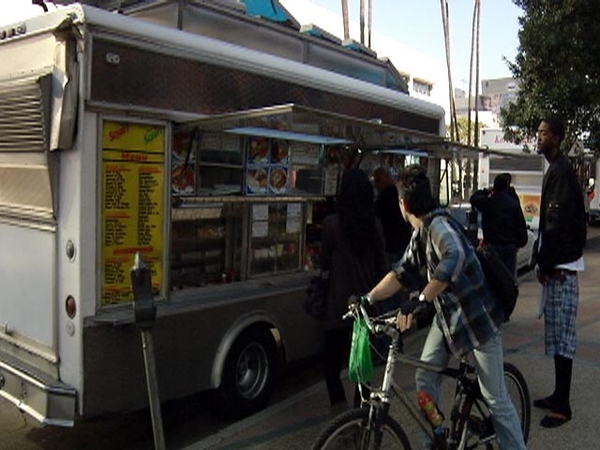 Abbot Kinney is putting up the “no-parking” signs for food trucks and cars during the city’s First Fridays festivities.

Local Businesses in the area have taken the unusual step of paying the Department of Transportation to post the “no parking” signs during this December’s First Fridays and Holiday Art Walk, all because of a dispute with food trucks, according YoVenice.com.

The location has been growing in popularity since 2007 as “the place to be” on Fridays where local merchants have come together to promote and feature top artists, gifts, products and music.

Then the food trucks moved in. At first only a few, then many more.

Merchants say now as many as 40 to 50 trucks are snatching up the parking, creating traffic problems, increasing trash on the streets and hurting their business, according to YoVenice.

While they agree a few trucks help attract visitors, the recent onslaught has been overwhelming. Attempts to negotiate with truck owners failed, so they’ve resorted to the “no-parking” strategy, according to YoVenice.

Organizers hope to minimize the effect on visitors by offering valet parking for cars.