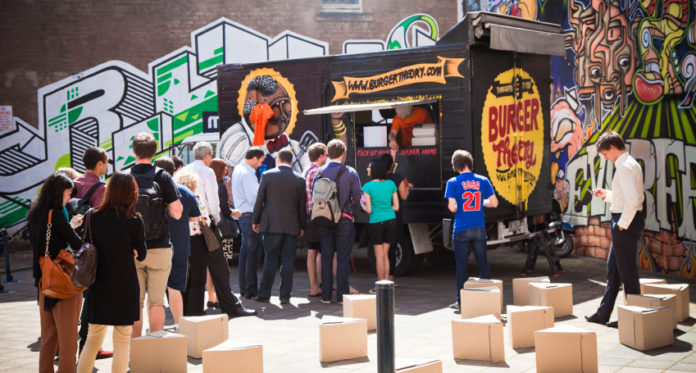 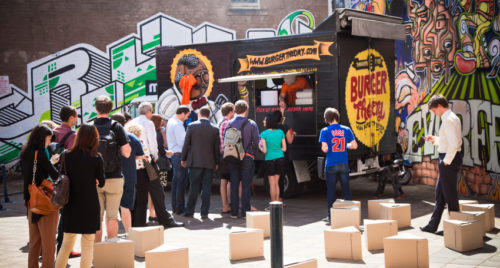 The State Government has urged the Adelaide City Council to reconsider its controversial food truck limit, after almost 30 operators failed to renew their licences for 2016.

Only 16 out of the 44 food trucks that were registered last year have reapplied to trade in Adelaide’s CBD this year.

However, the poster child of Adelaide’s food trucks industry, Burger Theory, along with 27 other previously registered food trucks have not applied. Four licences are still available to ‘existing vendors’.

Wienerbago food truck operator Chris Moyle told InDaily the “more restrictive and more expensive” council licensing scheme proposed last year was one of the reasons for his decision to take his and his wife’s business out of the city.

“It was good for the first year, but we’ve found another niche in events and private catering.”

Moyle has since moved the Wienerbago business under the jurisdiction of the City of West Torrens, which he said offered significantly less expensive trading permits than the City of Adelaide.

Despite having to take his business elsewhere, Moyle said he was grateful for the “start” his and his wife’s business was able to get during the first incarnation of the council’s Mobile Food Vending scheme, and that, in any case, “our food in particular was more suited to a night time venue (than city lunchtime trade)”.

“We were better off moving on.”

However, Labor MP Chris Picton told InDaily that “it’s no surprise that with the new tighter restrictions and higher fees imposed by the Adelaide City Council, there’s been a drop in interest for the program”.

This morning, Picton urged the council to reconsider its daily limit of 20 food trucksin the city included as part of the new scheme.

“There’s still an opportunity for the Adelaide City Council to reverse their decision, and allow the 16 businesses that have paid $2500 for a licence to be able to operate when they wish to, without the new arbitrary limit,” Picton said.

But Acting Lord Mayor Houssam Abiad said he was pleased with the outcomes of the new scheme.

“I’m confident we have settled on a sensible balance that supports both fixed food and mobile food businesses, while encouraging the entrepreneurial spirit Adelaide is so well known for, in a way that is affordable and easy to navigate,” he said.

The State Government last year released a discussion paper suggesting it could take the power to regulate food trucks out of the hands of councils after food truck operators warned that proposed hikes in licence fees and tougher restrictions on trading locations threatened to kill off the industry altogether.

Despite the heavy reduction in the number of food trucks set to trade on city streets this year, it’s not all bad news for the bourgeoning industry.

Seven new food trucks will be making their debut on Adelaide’s city streets and squares in 2016.

Fork on the Road food truck festival organiser Joe Noone told InDaily he was not surprised by some of the food truck operations that have so far failed to continue in the new year.

“Of those that have kept their licence, they are people that are working bloody hard.

“Some of those vendors that specialise in deserts and coffee might find it too hard…the value of the permits is generally for lunchtime trade.”

Consultation on the Government’s discussion paper on food truck regulation closes next Friday.