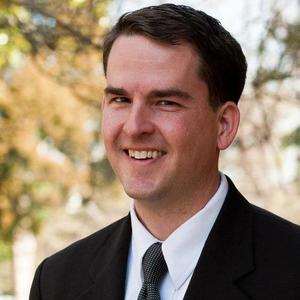 By Jill Palermo  |  Inside Nova

Senate Bill 515 would allow “a limited number” of food trucks to be permitted by the Virginia Department of Transportation to operate in commuter lots.

VDOT, which owns the lots, would collect fees from food truck operators to be used to enhance parking lot security, including the installation and monitoring of security cameras.

The bill passed on a 38 to 2 vote, a big show of support in the tightly divided state Senate. The commonwealth’s upper chamber is split in the Republicans’ favor 21 to 19.

McPike, a Democrat who defeated Republican Manassas Mayor Hal Parrish in November, didn’t talk about food trucks much in his campaign last fall. But he said he got the idea after hearing about cars being stripped of their tires and rims at some local lots and after reading about recent controversies surrounding food trucks.

McPike said the idea is to offer commuters the convenience of picking up breakfast or dinner on the way to and from work while also providing a dedicated funding source for parking lot security.

“Any way we can ease commuting, this daily experience we all face, should be explored,” McPike said in a recent interview.

Dumfries Councilman Derrick Wood welcomed the news. He owns a food truck, Dyvine BBQ in Motion, based in Dumfries.

“This is big,” Wood said. “Food trucks have come a long way from being kicked off the side of the road to being able to operate in our commuter lots.”

Wood said he has talked to VDOT officials about allowing a farmer’s market to open in the Dumfries commuter lot but has been told that VDOT can’t allow anyone to sell things at the lots. This bill would likely change that.

The bill now heads now heads to the House of Delegates for consideration in that chamber.