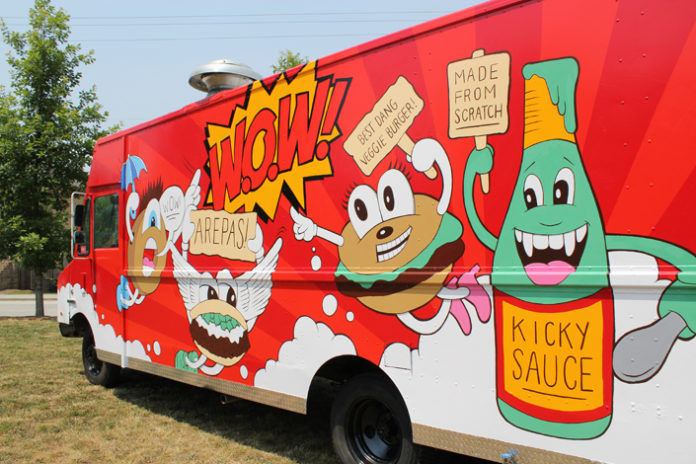 It’s not officially spring in Roswell until the historic district comes “alive.” Alive After 5 and Alive at the Square kickoff tonight, Thursday, April. 18.

As with years past, attendees can expect the popular local event to be quite the spectacle. Food trucks, local vendors, artisans, music, entertainment, kiddie fun and shopping are all scheduled for the season’s inaugural event.

Organizers are expecting record numbers of people to attend this year. So, taking the trolleys from the parking lot at Roswell City Hall to either area of the historic district – Canton Street and the Roswell Square – is encouraged.

New this year, a “Community Corner” will be set up at the corner of Canton Street and Woodstock Road. This month, Games2u – a mobile gaming company – will set up its Human Hamster Wheel, Video RV and a jumpy house. And Relay for Life Roswell will also be on-hand to share information and register teams for their upcoming event.

Also a highlight this year will be the “Alive After 5 Singer Songwriter Series,” sponsored by The Roswell Tap. Here’s how it will work: five or six singer/songwriters will be showcased, competing for prize money, at the Heart of Roswell Park throughout the event each month. After each artist performs their set at the park, they will head over to The Roswell Tap to play more music. Winners will compete for a grand prize at the end of the Alive After 5 season.

Alive At the Square will fill the square with vendors, local merchants, food trucks and live music. The Mill Kitchen & Bar will also set up a beverage service.

The Mens in Blues Band will be at the Roswell Square to perform throughout the evening.

The food trucks expected during the April Alive at the Square are:

King of Pops – exotic-inspired frozen treats with a flavor range from Mexican Chocolate to the Arnold Palmer.

Wow – “Wonderlicious on Wheels” is part of Duck’s Kitchen in Decatur, serving savory stuffed corn cakes – or arepas – in addition to other menu items like “My Oh My Tomato Pie” and “Crispy Shrimp Cake.”

Tex’s Tacos – a different twist on traditional Tex-Mex cuisine. They serve tacos, quesadillas and sides, such as the Texicana Fries, which were featured on the Food Network.

Mighty Meatball Mobile – a food truck owned by brothers serving up a secret family recipe for Italian meatballs and “fresh new twists on the meatball sandwich.”