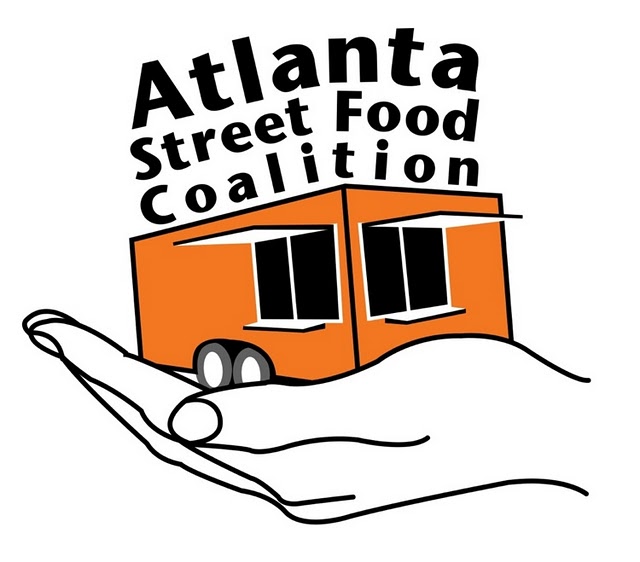 By Bo Emerson | The Atlanta Journal-Constitution

The normally staid Woodruff Arts Center, home of the symphony and its upper-crusty patrons, looked more like a funky street festival Thursday, as a dozen food trucks lined up bumper to bumper in the turnaround and King & Spalding lawyers and hipsters strolled or sat in the sun, eating tamales and cardamom-flavored ice cream.

Angel Poventud, his bicycle over one shoulder, took in the Midtown scene and breathed a happy sigh.

“It is a really nice sense of community,” said the CSX train conductor, recommending especially the lemon-ricotta popsicle from King of Pops. “It wrecked me.”

High-end street food has had a rough road in Atlanta, but this spring it may finally be getting the green light.

Buoyed by efforts from the year-old Atlanta Street Food Coalition, which organized this weekly Midtown event and others like it, street chefs have found an audience and their audience has found them.

“Atlanta is ready,” said Jessamine Starr, leaning out the window of the Good Food Truck, famous for the Poodle, a hot dog on a French toast bun. Starr brought her fare to the Woodruff’s first food truck rodeo in April and immediately sold out.

Greg Smith, president of the coalition, said “a few thousand” customers will walk away with Vietnamese pork sandwiches and other hand-held treats just during Thursday’s lunch hour. This is a far cry from a year ago, when food trucks wandered Atlanta like the boll weevil, looking for a home and just as unwelcome. What the vendors call cumbersome licensing requirements made permitting the trucks daunting. In a compromise, the coalition arranges licensing for specific locations and times.

The Atlanta Food & Wine Festival also will give street food a boost this week, lining up a dozen or so trucks and carts along Peachtree in Midtown to serve festival goers day and night.

At night the street carts will be turned over to a cadre of local and visiting chefs, many of them distinguished with James Beard Awards and from restaurants with Michelin stars, who will keep the carts running until 1 a.m.

But not everybody is wild about food on wheels. Across Peachtree from the Woodruff Arts Center, in the food court at Colony Square, Aaron Podeszwa served up pulled-pork barbecue in a Jack Daniels sauce at Aaron Rocco’s Bistro while his wife, Denise, ran the cash register and let off steam.

“We hate it,” she said. “I don’t think it’s right to park it right in front of us. We pay rent.” Said her husband, “The scary part is, where is that food being cooked at? I’m 41 years in the business, and I think the public has a right to know.”

Smith, the coalition’s president, said his members are vetted and all work out of commercial kitchens. But coffee monger Jordan Chambers, pouring iced lattes at his Rattletrap van (a classic, 1982 pop-up Volkswagen), said he understands how the Podeszwas feel. “I probably wouldn’t like it either.”

Coalition spokesman Scott Smallwood said business owners in the neighborhoods where the group is permitted to stage their weekly lunch-wagon roundups (including Inman Park, Sweet Auburn and Atlantic Station) sometimes complain but also sometimes praise the group for bringing attention and more customers.

Certainly the crowds lined up 20-deep in front of the Yumbii’s Korean barbecue RV were not complaining. “Wherever they go, there’s a line,” Chambers said.

“I love the variety” said Leila Regan-Porter, polishing off vegetable dumplings while her husband, Tim, drank a Mexican Coke float. “The hard part is figuring out what to get.”