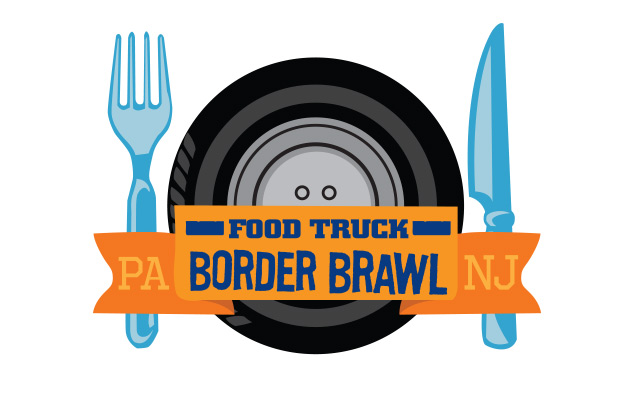 It’s New Jersey vs. Pennsylvania. Eight food trucks from each state will face off for several hours on Saturday to determine the ultimate champion of cooking on wheels.

The inaugural Food Truck Border Brawl is scheduled for June 11 from noon to 7 p.m. at Bethlehem, Pennsylvania’s PNC Plaza at SteelStacks. Thousands of people are expected, but tickets are still available.

Carlos Serrano, better known in New Jersey as the Empanada Guy, will have one of his trucks on site, hoping to grab the top food truck prize for the second weekend in a row.

Serrano said one of his biggest sellers, the lobster bisque empanada, will “crush the Philly trucks.”

But the truck will also be serving its traditional beef and chicken empanadas, and that’s “where the addiction begins,” Serrano said.

“You start going into the third bite, fourth bite, and when you’re done, you’re going to end up ordering it again,” he said.

Lobster is also a main feature on the menu for Surf and Turf, another truck representing the Garden State on Saturday.

Along with a rosemary steak sandwich and shrimp tacos, owner Michael Barlettano said, guests can indulge themselves in any of three signature lobster roll recipes.

“We’re hoping to come in with something a little different,” Barlettano said.

While the main winner this weekend will be determined by a panel of judges, Surf and Turf already has the approval of the public. Barlettano said the truck has been scheduled to appear at 18 weddings in 2016.

If competitive spirit offers any points at the brawl, Kim Watson of My Four Suns Korean Fusion has a good shot at victory.

“Simple but good” food is the strategy for John Digangi, owner of Jersey Johnny’s Grill out of Pequannock. He’s also interested in bringing the concept of a deep-fried hot dog beyond the borders of North Jersey.

“It’s a good, crunchy hot dog,” Digangi said. “It’s not all soggy and mushy like a lot of the boiled ones.”

Event attendees will have the chance to vote on a “People’s Choice” award beyond the judges’ pick.