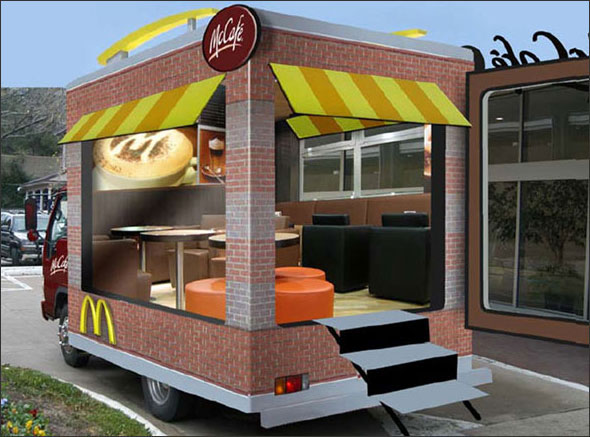 Even the World’s Best Sandwich (And I must

say, for the price, it’s hard to argue):

But now, according to the Wall Street Journal, national brands have taken notice and are gearing up to muscle in on the action. Which, will obviously lead to the ruination of the food truck industry as we know it.

“By the end of next year, you’ll begin to see some big brands rolling this out,” says Robert Stidham, president of Franchise Dynamics LLC. Mr. Stidham tells the Journal that “

franchises on strategies for going mobile.”

Alisa Harrison, a spokeswoman for the International

Franchise Association, says food trucks are “a natural fit for many franchises.”

“It’s replicable, which is one of the most important things about being able to franchise a business,” she says.

Can’t the major players sit this one out? They’ve already got a disproportionate share of the nation’s bellies.

And besides, they already have their own food trucks: