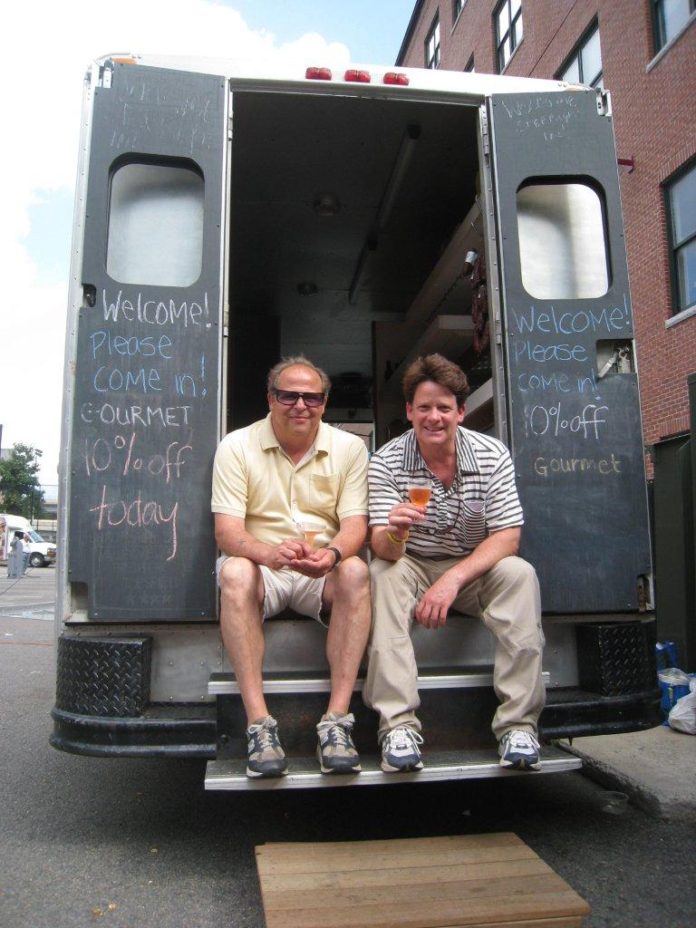 An ordinance proposed today by two members of the Boston City Council would license up to 25 food trucks with the hope of spurring a small fleet of high-end mobile restaurants.

The proposal, by Councilors Michael P. Ross and Salvatore LaMattina at today’s weekly meeting, will require a public hearing and approval by the mayor and a majority of the council. The ordinance draws on lessons learned by other cities that have experienced a proliferation of gourmet food trucks.

It would require a fixed brick-and-mortar commissary for water, supplies, and cleaning; a ban on parking within 100 feet of an established restaurant selling similar food; and other crucial requirements of running a mobile kitchen, such as having a bathroom plan so employees can use the toilet.

Ross and LaMattina recently made a pilgrimage to the food truck mecca of Los Angeles. The pair studied the

city’s food truck laws on the cross-country flight, crashed at LaMattina’s brother’s home, and spent a day a food-truck Friday in Venice Beach, devouring Korean barbecue tacos and grilled cheese stuffed with mac-and-cheese noodles.”These guys are making money in a down economy and the citizens of LA love it,” Ross said, who said he paid for the flight from his campaign fund and not taxpayer money. “Every restaurant had lines out the door in addition to the food trucks.”

The two councilors compiled their findings in a seven-page REPORT, which distinguishes between lunch wagons that deliver sandwiches and other premade food to work sites and high-end food trucks, which are literally full kitchens on wheels.