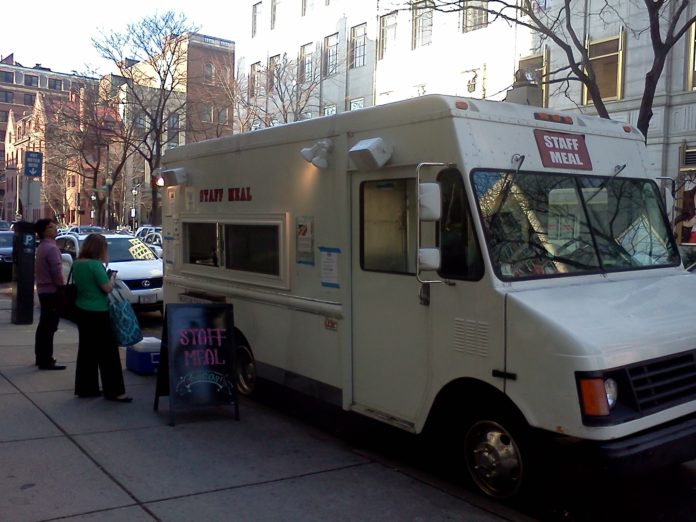 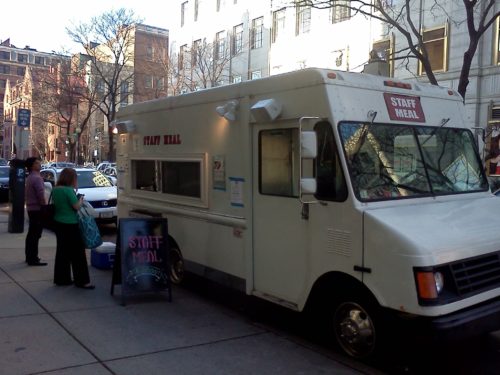 The City of Boston’s Office of Food Initiatives has, pun intended, a pretty full plate. As popular as various food programs are, and as much as they have grown, I don’t know if they have had much, if any, increased staffing. This is certainly true of the food truck program, which is 4-5 times larger now than it was in 2011. The ability to enforce various requirements they have in place is spotty as a result.

One area in particular that I try to keep on top of, is the schedule of food trucks, per the city’s website. On any given day, most food trucks are found inside Boston. As evidenced by the most recent updates from the city, they are not able to pay much attention to whether trucks are actually at sites they have signed up for. Or even follow the tweets of some of the trucks. More exasperating is when I provided several examples of where their schedule is inaccurate, I was told nothing could be done unless I actually sent them pictures of, well nothing. Look, thin air where there should be a truck!

Some of the blame also has to fall on trucks for not informing OFI that they do not serve particular shifts they signed up for. In some cases, they are of small impact. Zo on the Go has not ever done a breakfast at Belvidere, even though the city lists them for twice a week. Green Bean Mobile gave up their Monday breakfast at Belvidere about 2 months ago, but it is still listed. As I posted last week, Paris Creperie is off the road except for SoWa, per their tweets. Yet it is still listed for lunch at City Hall Plaza. How easy would that be to check? Boston’s Baddest Burger has not done lunch at Stuart St. in ages, if ever (note: after bringing this to the attention of Food Initiatives last week, suddenly, they were there on 8/25). Latin Spoon has been at their Belvidere shift maybe twice in the past 2 months.

When lunch shifts at good locations go vacant, it is not helpful to the program or trucks. If you looked at the city’s schedule today and went thinking you could get a crepe, you were out of luck. And when people see trucks not at spots they think the truck should be vending, it reflects poorly on food trucks as a whole.

I talked to some of the trucks about this. One told me they understood that if a truck missed 3 in a row, they lose the spot. Another wondered, if they require trucks to have GPS, why not run a GPS report? If you lack the ability to enforce policy, use GPS. Or get rid of it, if you have no reason or means to use it, and stop costing the trucks needless expenses.

The city also needs a means, if a truck is not making a shift on a particular day, to offer a truck not on the schedule that day the opportunity to jump in easily. The last part is the catch, as the vendor licenses state you must be in spot X of day Y. Absurd. Trucks often know well in advance if they have some private gig on a given day. That should be plenty of notice for the Office of Food Initiatives to offer it up and allow someone to vend. The idea of food trucks is they are mobile and flexible. The main focus of the city should be for trucks to be suitable from a safety and food inspection standpoint.

Lack of good consistency in schedules hurts everyone. The idea of, “I went to find such and such food truck and they weren’t there again” gives the impression that food trucks are unreliable. Customers will make other plans. Both the city and food trucks need to take more responsibility to insure a minimal amount of disruption and confusion.