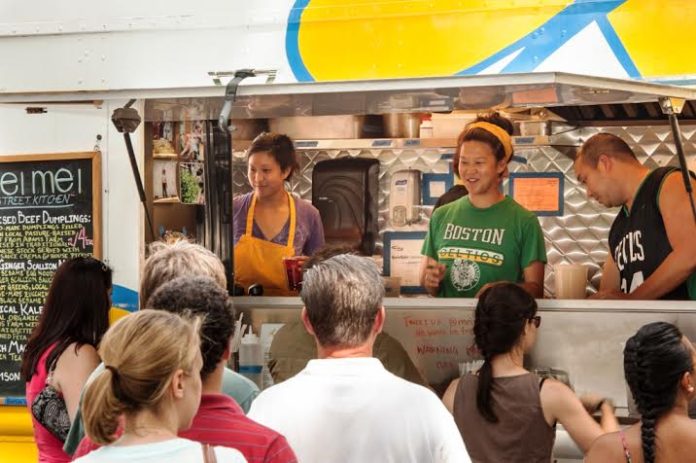 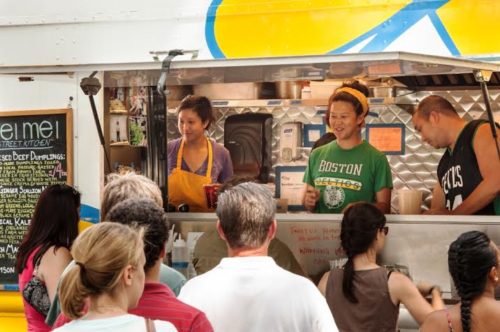 Despite the chilly temps, April 1 officially marks the beginning of the spring food truck vending season for the Rose Kennedy Greenway (concurrent with the City of Boston). The City’s schedule, which was dictated by the food truck lottery earlier this year, runs from April 1, 2015 to March 31, 2016.

According to a press release from the Rose Kennedy Greenway, food trucks at Chinatown Park, Dewey Square Park – both the Plaza and at Congress St., as well as Rowes’ Wharf Plaza at High St will begin today, April 1. The Greenway’s mobile eats at the Rings Fountain at Milk St, at the Greenway Carousel and at the future Greenway Echelman Sculpture installation won’t start until May 2015.

The Greenway is also planning to host a special Greenway Spring Food Fest featuring 12 new and returning vendors on Saturday, April 18 from noon to 4 p.m. in the Wharf District Parks between Milk St. and India St. (rain date will be April 25).

To see the full Greenway mobile eats calendar, check here. And to see what food trucks will be located near your office this spring, check out the full City of Boston mobile eats schedule, here.