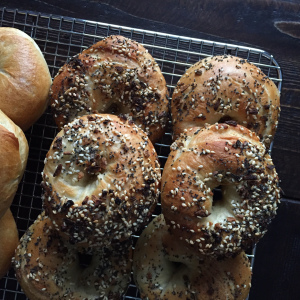 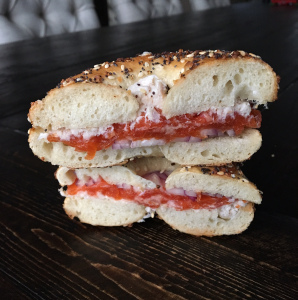 Food trucks seem to be everywhere right now, but have you heard of one that serves bagels and lox? Steven Barrocas, of suburban Boynton Beach, plans to do just that under the name Evelyn’s Bagels.

The business is named after his late maternal grandmother.

Being from Long Island, Barrocas knows a good bagel. And he’s also noticed that there’s a void in the marketplace down here for this. So, he wants to see if there’s an appetite out there.

Barrocas, who runs the SoFlaFoodie.com blog, makes the bagels and smokes the lox. He explains what he wants to do with the food truck like this: Picture yourself watching your child play on the soccer field on a Saturday morning and you’re on the sidelines. Wouldn’t you want a bagel with lox and a coffee? That’s where Evelyn’s Bagels would come in.

Barrocas started a Kickstarter.com page to raise money that would go to the cost of buying the truck. He hopes to raise $25,000.

And for those of you who think Florida doesn’t have good bagels because of the water, Barrocas doesn’t agree.

If you want to try one of Barrocas’ bagels, on Saturday he’ll be at Subculture Coffee in Delray Beach at 123 E Atlantic Ave. starting at 8 a.m. He plans to be there until the bagels run out.

Here’s a photo of Barrocas’ late grandparents, Evelyn and Ben. 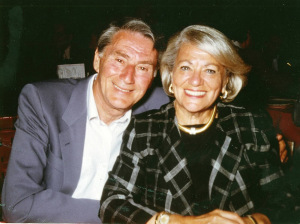