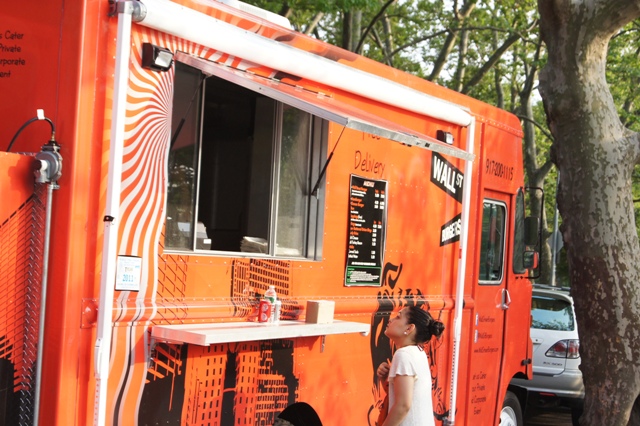 For those of us who crave lemon edamame dumplings, lobster rolls, date-lime-banana smoothies and other food-truck treats on a regular basis, good news: about a dozen gourmet food trucks will be converging on Grand Army Plaza once a month beginning Sunday for a “Food Truck Rally.”

“It was just so popular the last time. There were huge lines, even on a cold, wet day, people were just really into it,” said Eugene Patron, a park spokesman.

Which trucks participate will vary by month, but for this Sunday’s event the following trucks are signed up:

The rallies will take place the third Sunday of the month from 11 a.m. to 5 p.m. through October. Patron said after the season ends, organizers will decide whether to run it again next year.

The park decided to organize the event as a way to bring more people to Grand Army Plaza.

“People really love the Greenmarket and we thought, ‘What else can we do out there?’” he said.

The trucks pay fees to participate, but, they primarily go to administrative and clean-up costs.

“It’s not really a money maker, it’s just a nice thing to do,” Patron said.

In addition to the food trucks, there will also be live music at the rallies. This Sunday, the Wahoos will be performing from noon to 3 p.m.

Richard Kallman, owner of Cupcake Stop said that after being swarmed with customers at last month’s rally, he’s thrilled to be able to participate on a regular basis.

“We sold 2,000 cupcakes that day – it was incredible,” he said. “If they had the rally every day I would be there every day.”