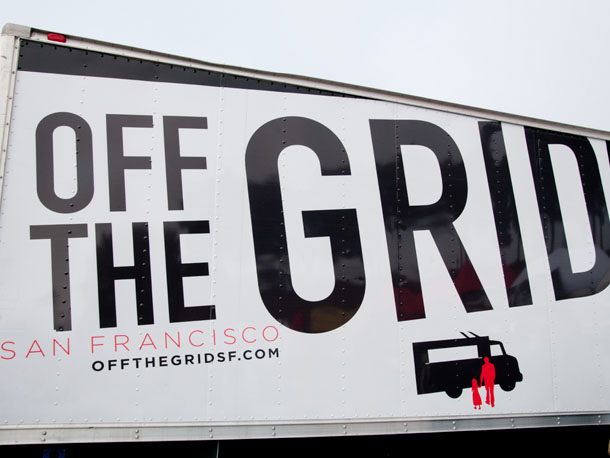 By Angela Swartz  |  The Daily Journal 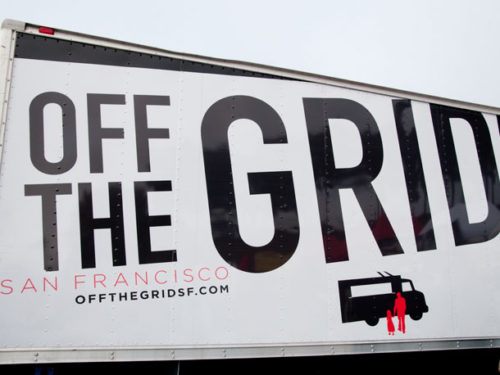 Off the Grid is returning to Burlingame after receiving the support of the City Council to stay put at its Caltrain location despite gripes from brick-and-mortar merchants who say the trucks are interfering with business.

The street food market extended its contract with Caltrain at its original location at the Broadway train station’s parking lot on California Drive and Carmelita Avenue, but is switching from Thursday to Tuesday nights per the council’s recommendation. The 5 p.m.-8 p.m. Jan. 14 launch will feature a 10-vendor lineup and includes trucks such as: An the Go, Fins on the Hoof, Sneaker’s Grill, Hapa SF, Hill Country, Kasa, Koja Kitchen, Pacific Puffs, Sajj Street Eats and Oaxacan Kitchen.

“Four of the city councilmembers out of five, and Caltrain, threw restaurant owners under the food trucks,” said John Kevranian, owner of Nuts for Candy on Broadway and member of the Broadway Business Improvement District. “We’re not happy with Tuesday nights, Thursday nights or any nights at that Caltrain station. The city could have found a solution by putting them at a location that doesn’t affect downtown Broadway.”

Back in December 2013, the City Council considered a proposal from the Broadway Business Improvement District to move Off the Grid to Broadway between Chula Vista and Capuchino avenues on Tuesday nights for a 90-day trial period to bring customers back to the main street. Ultimately, the council voted 4-1, with Councilman Jerry Deal voting no, to ask Caltrain to renew the contact at the parking lot location since the majority of the council and community members agreed there were too many negatives to the move. The traffic, if Broadway were closed for Off the Grid, could be a potential nightmare for congestion and safety issues, police said. Additional problems included paying for police officers for traffic direction and signs. The city did decide to do yearly reviews of the company.

“It was going to cost something like $50,000 to modify the area to be safer, so I can understand why they didn’t want to switch,” said Vice Mayor Terry Nagel. “In other cities, Off the Grid and restaurants coexist since they target different audiences. It is cold outdoors, so everyone might not want to participate.”

Off the Grid features street food vendors and began operating in the parking lot at the Broadway Caltrain station in fall 2013. Its contract with Caltrain was on hold while issues were worked out with the merchants.

“I feel bad for the merchants,” said Councilman Ricardo Ortiz. “They’re still being hurt. I still think it’s unfair competition, but a lot of people like having it here.”

In a letter from Caltrain to Ross Bruce, president of the Business Improvement District, Caltrain stated from the outset it has sought to be a good neighbor to the city and to the merchants on Broadway. Caltrain had encouraged the two parties to find a mutually acceptable compromise.

“In the letter from Mayor [Michael] Brownrigg, it is evident the policy-making body of the city now has taken a formal position,” Mark Simon, Caltrain’s executive officer for public affairs, wrote in the letter dated Dec. 30, 2013. “I recognize that the merchants are unsatisfied with the decision by the City Council to seek a continuation of Off the Grid events and your letter of Dec. 17 clearly states several grievances that remained unresolved. … While I sympathize with your position, it is not Caltrain’s place to impose upon the city our judgment about whether city requirements are being followed to an adequate degree.”

Meanwhile, Matt Cohen, owner of Off the Grid, said the company is thrilled to be back in Burlingame, but would like to find ways to work with Broadway merchants.

“We’re really excited to be back with the people who supported us,” he said. “We’re hopeful we can find ways to collaborate with merchants. I have reached out to Ross Bruce and hopefully they’ll have some ideas. We want to do our best to be good neighbors.”

Off the Grid works to develop markets that are both located in urban cores of cities and use spaces that are not easily activated effectively throughout the day. This fits with the Broadway Caltrain location since the train doesn’t stop there during weekdays.

With the extension of the contract, Off the Grid will continue to pay $750 a month between Caltrain and the California Public Utilities Commission for the space indefinitely.