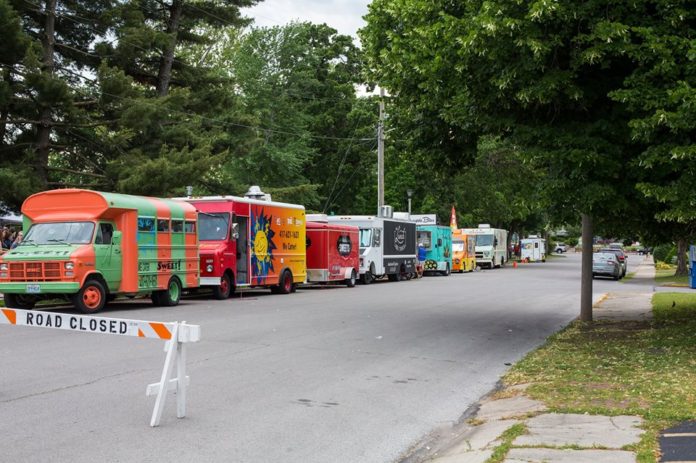 By Susan Redden  |  The Joplin Globe 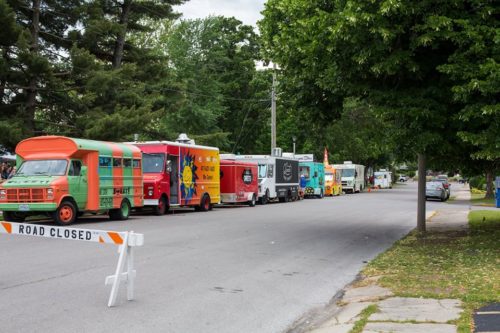 CARTHAGE, Mo. — After an enormously successful launch nearly two weeks ago, Food Truck Fridays will be allowed to continue in Carthage’s Central Park through October.

The Carthage City Council on Tuesday approved motions to allow food trucks to operate in Central Park one Friday each month, and advanced on first reading an ordinance to regulate food truck operations there and in other areas of the city. The measure sets requirements for licensing and insurance for food trucks, and specifies areas of the city where the trucks will be allowed to operate.

The council approved motions from the public services and public safety committees to allow the Food Truck Fridays in the park from noon to 9 p.m. on the second Friday of each month through September. The event will also be held Oct. 8, which is the first Friday in October, to avoid conflicts with Maple Leaf Festival events.

The first food truck event on May 13 brought huge crowds to the city park.

“We hope it continues with the same success,” said Mayor Mike Harris.

Harris later in the meeting said he had accepted the resignation of Councilman Lee Carlson, and the council approved a motion accepting the resignation.

Carlson after the last council meeting said he was “no longer on the council.” He had been critical of the food truck event, saying the city was sanctioning an activity that put the food trucks in competition with local restaurants. His wife owns a restaurant.

Harris, after the meeting, said he would be seeking a Zone 4 resident to fill the vacancy by appointment.

“I have some people in mind but I haven’t approached anyone yet,” he said.

The council also gave final approval to an ordinance authorizing a contract with Hunter Chase & Associates, of Springfield, for a project to install sidewalks from Fairview Elementary School to Carthage High School.

Councilman Brady Beckham praised the project, saying it would add to “connectivity and promote active lifestyles in Carthage.

“This is something city staff has been working on for a long time and I appreciate their efforts,” he said.

In other action, the council:

• Approved on final reading an ordinance authorizing a contract with the Fair Acres Family YMCA to operate the city pool in Municipal Park.

• Advanced an ordinance authorizing a special use permit to allow the Economic Security Corp. to operate an Early Head Start/Head Start program for children and families at 739 E. Seventh St.

• Accepted the donation of a trailer from the city of Duenweg to be used by the Carthage Fire Department.

The council approved a motion allowing the Carthage Farmers Market to be relocated to an area at the southeast corner of the courthouse square while parking is blocked off on the north side of the courthouse for a construction project.