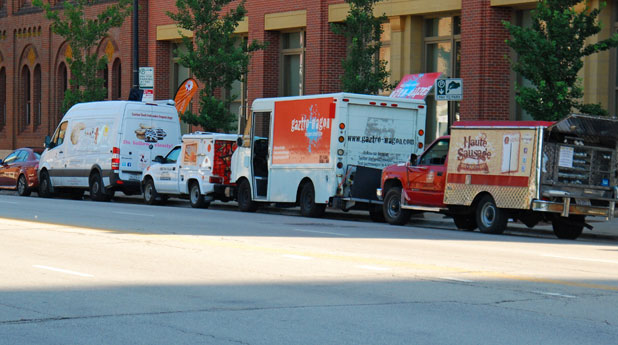 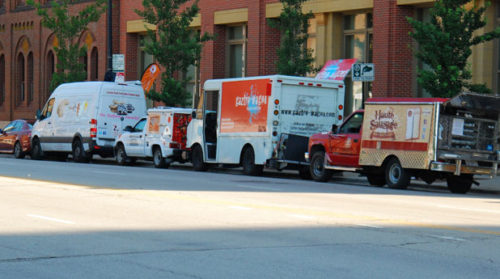 The difficulties food truck operators have encountered in trying to set up shop in Chicago provides a parable for how well meaning, but slow moving and cumbersome, public agencies can get in the way of their city’s best interests.

Hoping to formalize and encourage the type of mobile culinary revolution that is transforming dining, and activating streets, from Los Angeles to New York, the city of Chicago legalized onboard cooking on its food trucks last year. But, reports Monica Eng, “not a single Chicago truck has been licensed for it since the practice was legalized in July.” And it’s not for lack of trying. “Of the 109 entrepreneurs who have applied for the Mobile Food Preparer licenses that allow onboard cooking, none has met the city’s requirements, according to the Chicago Department of Business Affairs and Consumer Protection.”

“The process of getting a license is just too daunting, according to [food truck owners Cely Rodriguez and Moraima Fuentes], who cite bad experiences with city bureaucracy, steep additional costs and the need to retrofit equipment among the reasons.”

“‘The city wants to see a thriving food truck industry that also maintains important health and safety standards that are in place to protect the public,’ said Business Affairs spokeswoman Jennifer Lipford. The department has held multiple workshops for businesses and offers individual consultations, she said.”

“Gabriel Wiesen, a food truck operator who also runs Midwest Food Trucks, part of a company that outfits food trucks for cities all over the nation, said Chicago’s code is ‘one of the most, if not the most, stringent in the country.'”