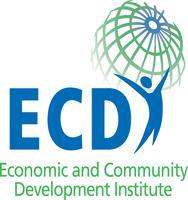 Clintonville’s reputation as not being friendly to food trucks, accurate or not, is about to get blown out of the water.

A four-week experiment starts next Thursday, Sept. 6, in which mobile eateries from the nonprofit Economic and Community Development Institute’s Food Fort will set up shop in the parking lot of Charity Newsies, 4300 Indianola Ave.

The trial run, which will open with Blu Olive and Green Meanie serving in the charitable organization’s parking lot from 5:30 to 8 p.m., grew out of a forum held July 26 at Charity Newsies at which food truck operators aired frustrations about uneven enforcement of regulations.

“I think in part, we definitely had a short conversation with the Charity Newsies folks when we were there for the forum,” said longtime Clintonville resident Jim Ellison, coordinator of the Food Fort program for the economic development organization.

The program provides food-truck operators storage space for their restaurants on wheels and even commercial kitchen space in which to prepare their specialties.

Ellison said food-truck operators who set up in the Charity Newsies parking lot for the monthlong experiment will make donations to the organization, making it “win-win for all.”

“We have a big parking lot that we don’t use at night,” he added.

Ellison, a freelance food writer for the past two decades, said he has long thought the Charity Newsies parking lot would work out perfectly for mobile food vendors to provide dining options in an area of Clintonville that has few of them.

“We thought this would be a good way to provide for some dinner options in the community … in a part of town that doesn’t have restaurants nearby and kind of keep Charity Newsies on people’s minds other than during the paper drive,” Ellison said. “It just seemed like a good way for everybody to get something positive.

“This is kind of what we do at the Food Fort is work as advocates for our clients and try to create opportunities for them,” he added.

“They’re basically kind of mom-and-pops on wheels,” he said.

Each of the trucks that will be present for the four consecutive Thursday evenings needs to have between 40 and 60 customers to make a profit, Ellison said. If 100 to 200 customers turn out each Thursday evening, “we would deem it a success and we would continue it on,” perhaps into December and then resume in the spring, he said.

Tailgate parties during away Ohio State University football games also are a possibility.

“Basically we’ve kind of decided we’re going to do it for a month, even if turnout the first night isn’t that great,” Ellison said.