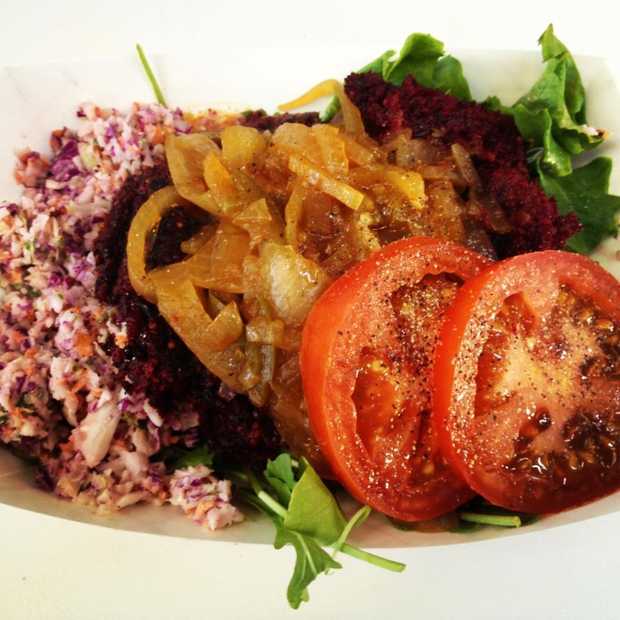 January was a slow month for the food truck business, so it’s not surprising that the number of new trucks rolling out to the streets of the Metroplex has slowed to just two.

Fort Worth added a burger truck to its truck line-up with Sauzy’s Truck. Owner Lee Wright describes his truck’s special sauce as “magical.” In addition to beef burgers, Sauzy’s offers a vegetarian beet burger that is getting rave reviews on social media. You can follow Sauzy’s on Facebook and Twitter to find their next stop.

DFW’s first full-time barbecue truck — OinknMoo BBQ– opened at the end of January. The truck specializes in Texas-style barbecue with a rotating menu that includes brisket, ribs, burnt ends and even chicken-fried brisket. Sides that rotate include bacon mac-n-cheese, fries, hominy and beans. This truck has one of the best eye-catching wraps and I love the logo! DFW has long asked for a BBQ truck, I expect this truck to be very popular. Follow on Facebook and Twitter to find out where they will be bringing the BBQ.

As the weather begins to warm, more new trucks will begin to roll out. I know of four planning to hit the streets in February or March, including a new bacon truck and a dessert truck. Stay tuned!