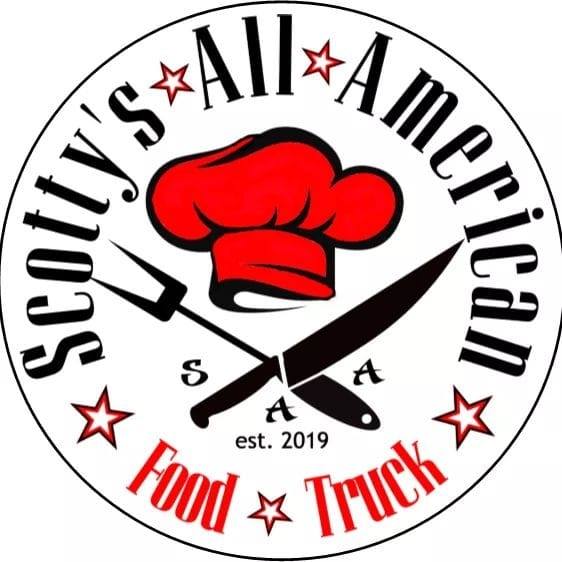 By Rodger Mullen | US News

FAYETTEVILLE, N.C. (AP) — Melissa and Jason Wilson harbored a longtime dream of owning their own restaurant.

And when they came into a little money, they decided to make that dream come true.

But it wasn’t a brick-and-mortar restaurant they invested in — it was the mobile kind.

They opened Scotty’s All American Food Truck in January, joining the growing ranks of mobile restaurants in the Fayetteville area.

You might call them meals on wheels of a different sort.

According to Cumberland County, there are about 53 food trucks with active permits in the county, offering everything from fried chicken to tacos to Caribbean cuisine.

Prospective food truck operators have to fill out an application, which explains how to build a mobile food unit, and pay a $175 fee. They have to have a kitchen or commissary to store perishables when not operating and to clean equipment and empty trash. Commercial equipment is required in the food truck.

Food truck operators also have to complete a management course and post a schedule and menu. The trucks are inspected about every 120 days.

The number of food trucks in Cumberland County has risen through the years, and the COVID-19 pandemic has presented challenges — and opportunities.

Rob and Mary Russell are food truck pioneers of a sort in Cumberland County. They started operating R Burger truck back in 2013.

Today, the truck is one of the area’s most popular, showing up at businesses, in neighborhoods and — until COVID-19, at least — at festivals and other celebrations.

“I think there were about 40 trucks registered in Cumberland County when we started,” said Rob Russell. “Most of them were weekend trucks or people who did festivals or carnivals.”

As its name implies, R Burger has gained a following with its hamburgers, served with a variety of toppings. Russell said R Burger’s burgers are made with specially blended ground beef it buys from Kinlaw’s Supermarket.

Russell said he believes food trucks have flourished because people have gotten over the idea that they are unsanitary or that their food is not up to par with that of brick-and-mortar restaurants. They aren’t the “roach coaches” of old.

“A lot of people are doing things better,” Russell said. “The cleanliness is better, the food is fresher.”

Russell said he has seen an uptick in business since the COVID-19 pandemic began to grow. He said R Burger began parking in neighborhoods and other areas to present an alternative to going to an indoor restaurant.

Like most food trucks, R Burger posts its schedule on its Facebook page and its website. Its regular locations include Southern Regional Area Health Education Center on Owen Drive, Bell’s Seed Store on Russell Street and Dirtbag Ales on Corporation Drive in Hope Mills.

Russell stressed that opening a food truck business is not as easy as just parking somewhere and waiting for people to show up. Customer loyalty must be earned.

“He works on it every day. I only work when I don’t have a choice,” Walker’s wife, Theresa, said with a laugh.

Growing up in Waynesboro, Georgia, Orner Walker helped his parents with their barbecue business. On the Fourth of July, he would help dig the pit over which a whole hog would be roasted.

Walker named the business for his father and uses his mother’s recipe as a base for his barbecue sauce. However, Theresa Walker said fried fish is My Daddy’s Barbecue’s best seller.

These days, Walker serves a military clientele. Theresa Walker said soldiers like that they can get a good meal without having to wait a long time.

“One of the things people like is our fast and accurate service,” Theresa Walker said. “He makes sure people don’t have to wait unnecessarily. People on Fort Bragg sometimes only have 30 minutes for lunch.”

Melissa and Jason Wilson park Scotty’s Food Truck at different locations, including near Ed’s Tire on Hope Mills Road and in a lot in Cameron on N.C. 87.

The name of the truck comes from a favorite uncle of Jason Wilson’s.

“I feel like people feel it’s easier to socially distance when you come up to a food truck,” she said. “You come up to a window, there’s usually not a huge line. It’s not an enclosed space, so you’re not on top of other people.”

Hairr said the food truck has helped his business overall. He offers a “traditional Southern menu,” including barbecue, brisket, ribs and chicken.

“It has helped balance our business greatly by having a food truck because we have lost so much business at our brick and mortar restaurant,” he said. “It has greatly helped us keep our business balanced.”

Hairr, who has been in the food truck business for four years, said he often sets up at a Ramsey Street church, a shopping center in Stedman and Baywood Golf Club in Fayetteville. During the COVID crisis, he said, the business has helped by distributing food to children and by participating in other fundraisers.

Hairr said he believes people enjoy the experience of ordering from a food truck.

And he enjoys working on one.

“It gets hot some days,” he said, “but it’s good to get out of the restaurant and see people, serve them good food and see the smiles on their faces.”