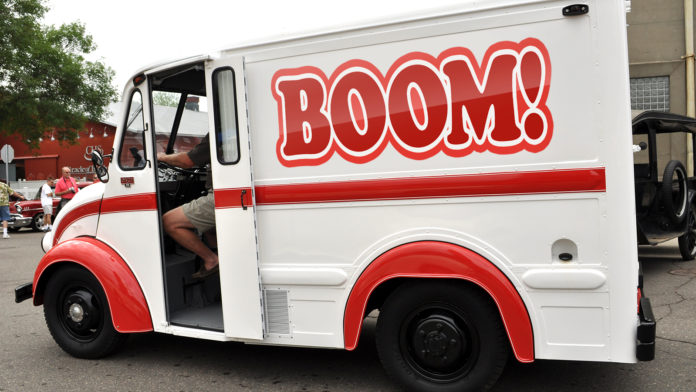 In an internal-use-only document obtained by Public Intelligence, NYC’s Fire Department outlines its concerns about the increasing number of food trucks around New York. Not only are they serious fire hazards—with large propane and gasoline tanks—but also a genuine terrorist threat. It sounds silly, but the arguments make a lot of sense:

FDNY says there are 3,100 food truck permits issued by the city, with that number increasing every year. There’s also a growing black market for permits, which opens the door for potential terrorist groups to obtain a truck with ease.

Officials also claim that the truck size and the sheer number of modifications in them would allow a terrorist to install a large bomb and drive it into “high profile locations”, “high pedestrian traffic areas” and “high-rise office buildings,” where they can inflict heavy damage. They say that it will be easy for evildoers to pack large quantities of explosive material into a food truck and conceal it.

The document says that, according to the Department of Homeland Security, “a food cart can be used as an excellent surveillance platform due to their access and long duration stays.”

The same applies to any other city, of course, but especially in New York, because food trucks are so popular—go to the Financial District or anywhere in Manhattan and you will see plenty of trucks parked, with thousands of people and cars passing by.

Once you read the evidence, it’s quite obvious. I mean, I always knew that the burritos at Tacos Morelos were a hazard on their own right and perhaps a crime against humanity, but those will only kill you slowly later at home, not with an explosion of salsa verde and C-4 in the middle of Bedford Avenue and North 6th. [Public Intelligence] 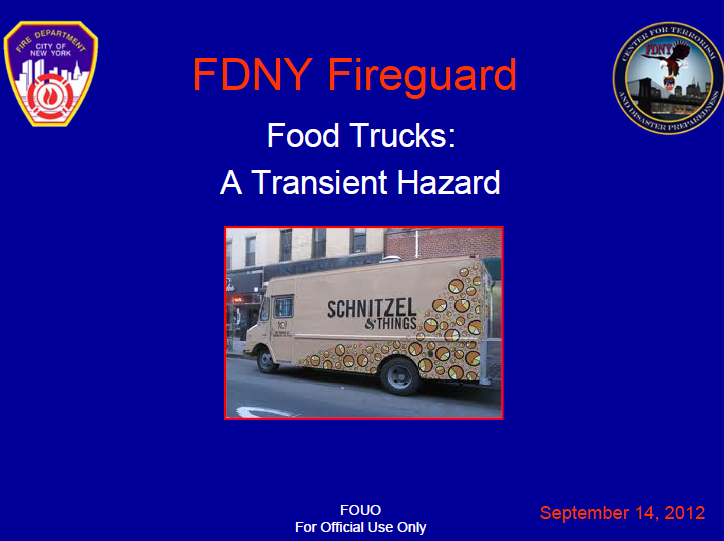 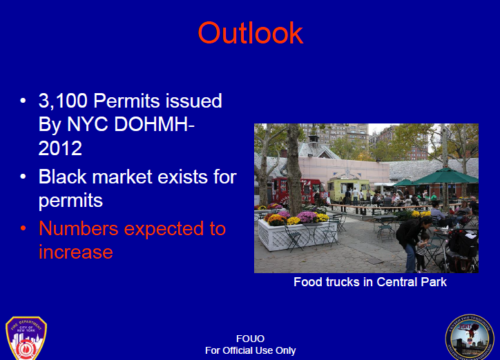 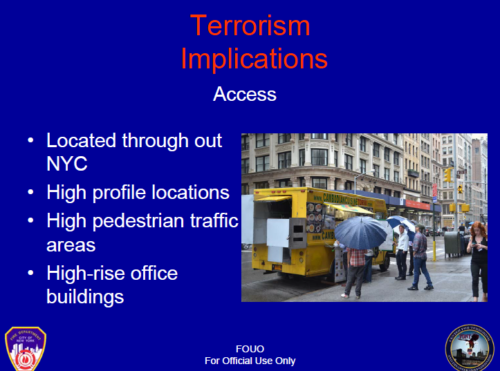 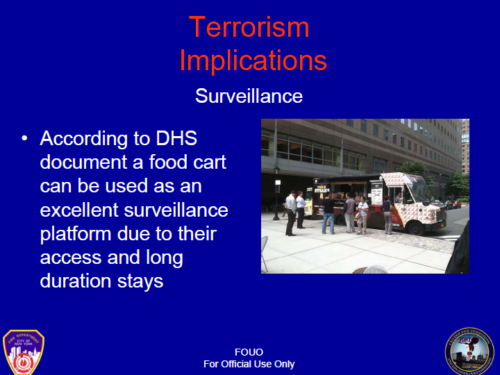 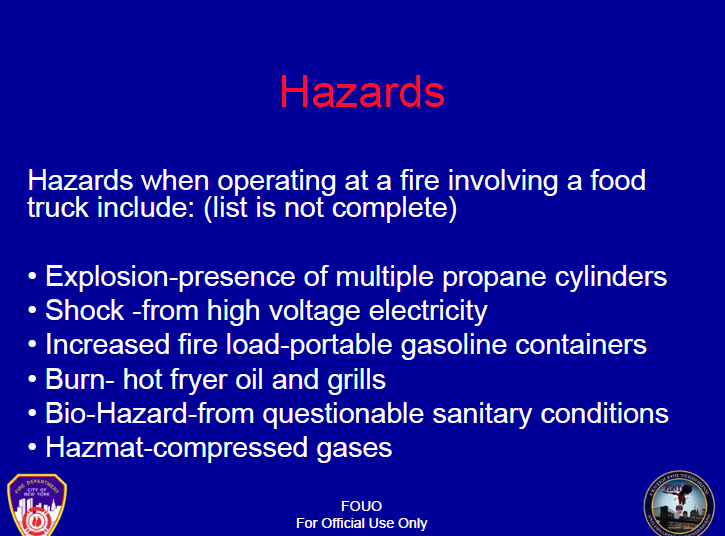