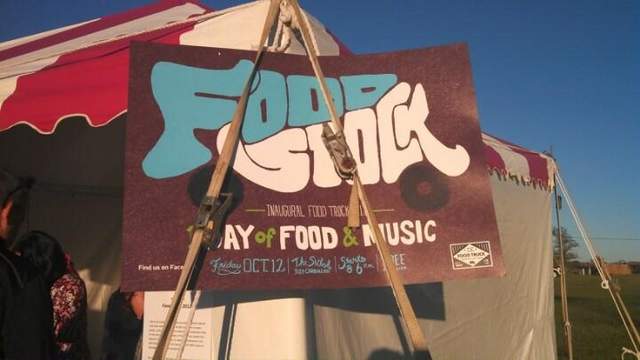 The food truck craze is more than just a fad. It’s clear that many area food trucks have set deep roots in Fort Wayne after building a loyal following and serving up gourmet meals from the confines of a small kitchen. The community is invited to celebrate the inventive kitchen on wheels at FOODSTOCK.

FOODSTOCK is a gathering of area food trucks downtown 11 a.m.-8 p.m. Saturday at One Summit Square.

In its second year, FOODSTOCK organizers said they learned a lot about what makes a successful event, and this year have a slew of changes.

After partnering with the Downtown Improvement District, this year’s FOODSTOCK will be in the heart of the city as opposed to last year when it was at the Shiloh off Carroll Road. The event will also feature a lot more trucks, 10 to be exact, as well as performing bands.

Traditionally, one may think that it might be a competitive atmosphere between the food trucks, but Fort Wayne Food Truck Association founder and co-owner of J JumBy’s JoiNt Jim Garigen said the members of the association are like family – always finding ways to share their passion and help each other out.

“I know that if you put Bravas next to JumBy’s, someone that may not want my food will try his. You still have that one-stop shopping and it’s a symbiotic relationship,” he said.

Garigen said the event hopes to encourage people to try out the different variety of cuisines offered by the various trucks.

“It’s an event unlike Fort Wayne has seen. People are going there for the food. It’s all local businesses, too,” he said.

John Maxwell of Ragin’ Cajin said it’s a lot of work to prepare enough food for such a large amount of people and make it last for the entire festival.

“It’s like cooking on a submarine. Every square inch is accounted for. With a smaller menu, because of space you can only serve maybe six items on a truck, but if you put six trucks together you have a whole menu. You basically have a whole restaurant when we are all together,” Maxwell said. 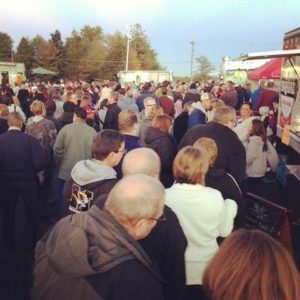 No matter the work, both Maxwell and Garigen said one of the best parts about owning a food truck is doing what you love.

Ragin’ Cajun and a few new names joining the party;