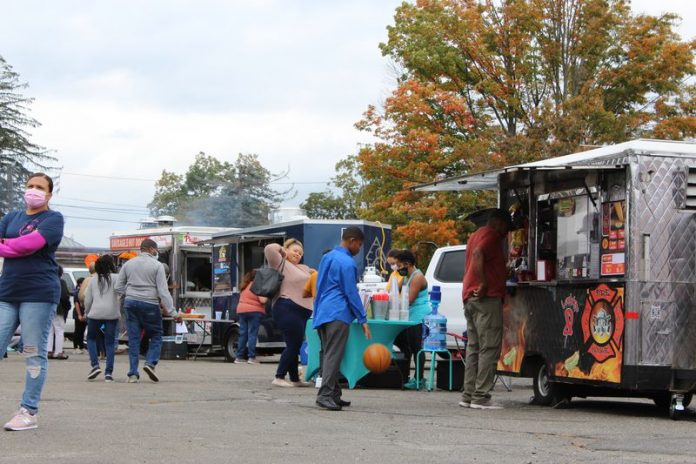 SPRINGFIELD – Food, crafts and live entertainment is what the public can expect at the sixth annual Indian Orchard Food Truck Festival on Saturday, Oct. 8.

Residents will be able to broaden their palates and sample a variety of signature dishes from food establishments in the Greater Springfield area.

Sweetera & Co., known for their signature ice creams, hot chocolates and milkshakes, will participate, as will El Taco’s Tao.

Mj’s Cheesesteak, Las Tripletas, Krysta’s Food Truck, Chicken Man’s Chicken Shack have also been listed as the food vendors who will be front and present at the festival.

Music will be provided by disc jockey KLS and other acts, such as the Salsa Brava Band and Eugene Dobbs Band, a jazz band who have been active since 2003.

Ward 8 City Councilor Zaida Govan, who is president of the Indian Orchard Citizens Council, has spearheaded this festival for the past six years. Its goal to provide an opportunity for neighborhood residents to meet one another and bond over food.

“I believe we had around 200 people come out in the first year and each year, more people came out,” Govan said. “Last year, we had almost 1,000 people come out, so we’re in for a great crowd this year.”

She added, “It’s going to be bigger and better than the last five years.”

He added, “It’s great to see our friends and neighbors come together around this event.”

The festival will take place from noon to 6 p.m. in the parking lot across from Myrtle Street Park, 117 Main St.

As of Monday, there were are four open slots remaining. Vendors can reserve a spot for $100, and the last day to register is Friday. For more information, call Govan at 413-301-2533 or send email to iocc.council@gmail.com.