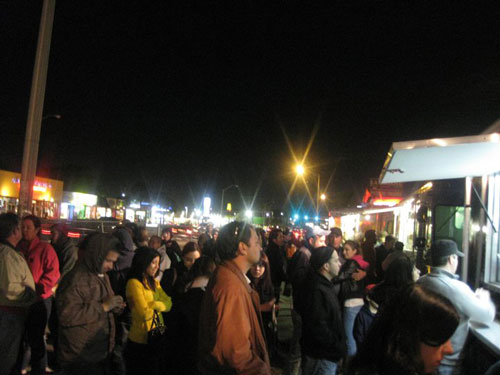 Fried Oreos, duck sandwiches, chicken strips coated in Captain Crunch cereal – these eclectic eats are served up hot and fresh every day off the counters of a growing number of food trucks roaming the streets of South Florida.

By most accounts, the first gourmet truck, called Latin Burger & Taco, appeared in the SFL in 2009. Now there are more than 30 such roving vehicles of gastronomic goodness, according to Tania Ramirez, the owner of Miami’s FoodCartUSA. Her company builds the kitchen-equipped vehicles — and she says more are on the way to South Florida.