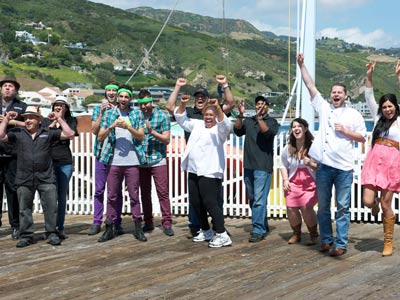 In the show, competitors try to outsell each other in various cities while getting hit with tough challenges. In one show, truck owners are forced to make food without propane to power their grills and cooktops.

Earlier this week, I asked producers of the show to talk about Season 2 challenges, including how they reacted when food truck fans began tweeting live coverage of the show as it was being taped this spring.

Here’s what Brian Lando, vice president of programming and special events,  told the Register via email: