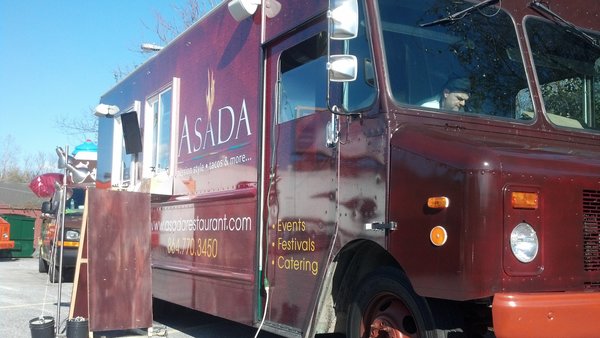 GREENVILLE, S.C. – A Greenville restaurant has planned a “peaceful protest” Wednesday to support food trucks, in the wake of proposed regulations for the mobile businesses.  The Owl, located on Wade Hampton Boulevard, is calling the event the “Food Truck Revolution.”  Hundreds of people have accepted invitations to the event on the restaurants’s Facebook page.

The protest comes in light of a new proposal that would allow the trucks in Greenville’s downtown area, but keep them at least 250 feet away from existing restaurants.  The proposal was made by a committee, formed by the city several months ago to look at the new industry.  “We’re excited they’re here,” says city council member Amy Ryberg Doyle.  “But at the same time we need to be fair to those restaurants who have made an investment downtown, and need to protect that investment.”

Scott Lariviere, who just opened up his own restaurant downtown, can understand the concern.  “It’s a tough business,” he says.  “I have absolutely no problem with people trying to make their money, but I don’t want them to do it at my front door.”

Lauren Zanardelli, who is co-owner of the Neue Southern food truck, believes there’s room for everyone.  “It’s one of the reasons we came to Greenville, because we saw so much potential here,” she says.  “We have no problem with regulations, but just believe everyone should be involved in the conversation.  And there should be some middle ground.”

The food truck fight is nothing new.  The city of Asheville faced the same debate more than a year ago, and finally agreed to allow the mobile eateries, but only inside a private parking lot.  City commission member Michael McDonough says Asheville did not even consider a “distance rule” like Greenville because it might have been “too tough to enforce.”  The plan has worked out so well, the city is now considering allowing removing the cap on how many food trucks they’ll allow, so more can move in.

Doyle says Greenville’s rules are far from set in stone.  The food truck committee will consider the proposed regulations, craft an ordinance, then hopefully present it to city council by late spring.  “We are confident this can work,” says Doyle.

Zanardelli is hopeful too.  “We would really like to expand, and hope downtown can be part of that.”