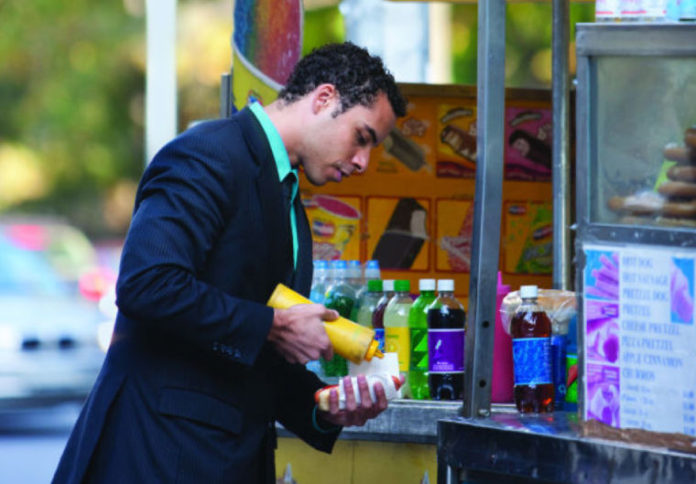 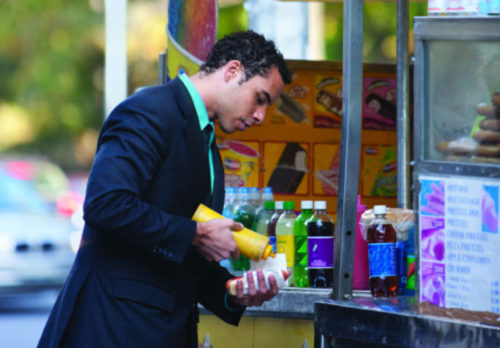 The Stuff Your Face food truck rolls to the corner of Fourth Avenue and Elm Street in Conway.

They exchange crumpled bills for foil-wrapped sustenance and, a few minutes later, Moser packs up and heads to his next stop.

“Every day,” he says, “gets better and better.”

Moser officially opened Stuff Your Face the day after Christmas. Business licenses from Conway and Myrtle Beach are fixed to the side of his truck. But if his mobile enterprise is to really take off, he says, he needs to add a permit from Horry County.

No food trucks in Horry

County policy prohibits food trucks from operating in unincorporated Horry. County leaders approved mobile food vending in 2010, but their ordinance limits operators to pushcarts. Nothing with a motor is allowed.

That, however, could soon change. Today, county officials will hold a 3 p.m. workshop in Conway to discuss opening the county up to food trucks. They’ve also added a survey to the county’s website, horrycounty.org.

Both critics and supporters are invited to share their views.

“Not only [is the meeting for] those interested in possibly starting up a business of this sort, there could be businesses that may not want that type of industry in the county,” said county spokeswoman Lisa Bourcier. “We’re kind of looking for all walks.”

If county leaders do change their stance on lunch coaches, it will be mostly because of Moser’s efforts.

After struggling through two layoffs, Moser began searching for a way to survive. He read about thousands of people coming to food truck gatherings – commonly called rodeos — in Los Angeles. He also heard about their popularity rising in South Carolina cities such as Columbia and Charleston.

So he decided to try his hand on a small operation. He chose to target factories, car repair shops and construction sites — places where he’d find shift workers looking for quick grub.

He also thought about the thousands of Northerners who had migrated to the area. People from Chicago and New York are used to mobile food vendors.

“They’ve had food trucks and food carts all their lives,” he said. “It’s a staple.”

Several months ago, he bought his truck and went to the county’s business license office. That’s when he heard the news: Horry County doesn’t allow food trucks.

Stunned, he began encouraging local officials to change the policy. He talked extensively with county planning staff and even appeared before a County Council committee.

Most of the people he’s spoken with have been supportive, Moser said, though he did note that some restaurant owners aren’t pleased with the prospect of new competitors.

Moser insists those concerns are unfounded. He said he’s serving a base the restaurants can’t.

For Moser, the food truck issue is also about self preservation. He lost his job delivering bread when the local Hostess branch closed its doors in 2012. He then got a job managing a Bojangles’, only to be laid off when the ownership changed.

“There is no job out here,” he said, adding that minimum wage positions don’t pay enough. “Could you support your lifestyle, your family, on $7.25 an hour at 28 hours a week?”

Cody Burg found himself in a similar bind three years ago.

After working as a real estate broker for eight years, his income plummeted when the market tanked. He knew he needed another career.

The food truck craze had already swept into other other American cities, though it wasn’t bustling in Charleston at the time. Burg’s wife, Ryner, was a stay-at-home mother, and she’d always been an excellent cook. So they decided to capitalize on her culinary talents.

The Burgs bought an old taco truck, gave it a paint job, then introduced the Holy City to their lunch wagon, Hello, My Name is BBQ.

Picking pulled pork as the truck’s main dish was an easy decision.

A few months after they opened, several other trucks began appearing on Charleston area streets. Cody Burg estimates the food truck population now stands at about 15.

“There’s a lot of loyalty to different trucks,” he said. “It’s kind of like being on a team.”

It took about a year, but the Burgs’ food truck became a hit. The business paved the way for the couple to open a brick-and-mortar restaurant of the same name.

“It was really tough in real estate, so we made the jump,” Burg said. “And here we are.”

Although the food truck fascination has slightly waned, Burg said business is steady. He takes the truck out several times a week and typically welcomes 70-plus customers. They enjoy their pork in tacos, on a plate or nestled below caramelized onions and jalapenos on a brioche bun.

“It’s lasted a lot longer than I thought it would,” Cody Burg said of the food truck craze. “It’s fallen off a little bit, but it’s still a real popular thing. … Wherever you go is going to be kind of like a party.”

What’s next in Horry

Moser hopes to bring that party to Horry County.

He made $14 on his first day in business, and he’s not once taken the truck out without bringing home a profit.

A premium permit for a hot dog cart costs $750 and there are strict rules about where those carts can operate.

“They really did them wrong,” Moser said of the county’s treatment of hot dog salesmen.

County officials have said they plan to discuss the pushcart guidelines at the Jan. 23 meeting, too.

One of the business owners with a pricey permit is John Traub, who runs Hey Now Hot Dogs. His New York City-style cart is typically set up in a loan office parking lot on U.S. 501 near the Grissom Parkway intersection.

After a solid two-year run in Florence, Traub took his cart to Horry County in June. He thought the Grand Strand would be a good fit for his business. So far, he said, that hasn’t been the case

“I don’t understand,” he said. “They’re trying to deter people that want to try to get into this business. Because 750 bucks? That’s a lot of money.”

“People in this economy are trying to get out there and fend for themselves,” he said. “Local governments should be doing everything in the world they can to help these people succeed.”