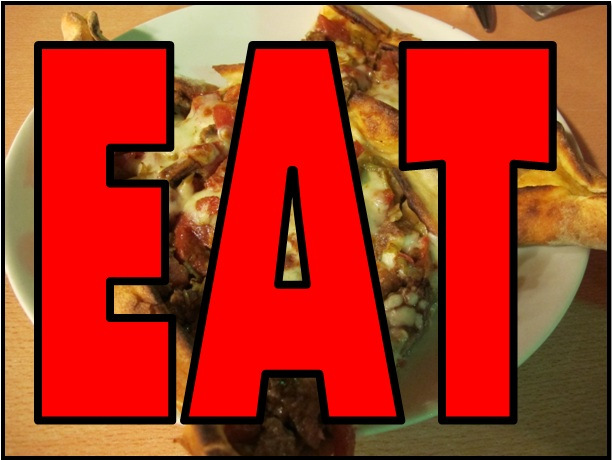 You can judge a city by its street food. You know you are in a good place if you can just go out and have something warm and delicious in your hand for under five bucks. Unless you are in a port town and the thing in your hand is attached to a person.

Today we are going to put two street food staples to the test. Tantuni has the upper hand, nominally by not containing innards, and it probably would get the nod from most late night food consumers who are into keeping a gutful of piss down. Kokerec, on the other hand, looks like The Giant Amazonian Pus Maggot being turned on a spit.

But the numbers don’t lie. Far more kokereç sandwiches are downed every Friday night than tantunis. So let’s match them up.

For the untested, kokereç is intestines and tripe all tightly wound into the aforementioned maggot-shaped tube. It is the spitted and cooked slowly over glowing hot coals. When you order, an end will be sliced off and the resulting disk will be placed on a flat grill and chopped until it is finely diced. Then it is transferred to a white bread roll. Chili flakes, salt and oregano are added, the master then twists some paper around it and you are ready to dine. Sounds good? F**k yeah. It is good. Great on a cold night, possibly walking to a football match.

Tantuni features double cooked meat rolled in flat bread. Hailing from Mersin in the south-east, this delicious snack is only authentic if it is cooked in cotton seed oil, cotton being the main trade good from down there. The meat is cooked in large batches and then it sits on the counter waiting for someone brave and hungry enough to eat meat that has been sitting out all day. It claims to be beef, but, come on, do the math (or maths if you prefer). Beef is through the roof expensive, whereas seagull and cat are pretty much free. Yes? Do you see it now? Anyway, when you order a tantuni, a portion of the meat is swept into a big cooking thing like a wok. More cotton-seed oil, sumac, chili powder and salt are added, and the flat bread is draped over the whole pan to prevent any grease not being left out of your tantuni. Then it is rolled up and placed on a plastic plate.

Both are delicious needless to say. So now the breakdown:

Bread: The traditional white roll of the kokereç makes eating this easy, and they are more filling, given the quantity of bread. It soaks up the juices as well. 4/5

The flat bread of the tantuni is soft too but the thinness makes it unstable and only the best roller can stop this from breaking up under the wetness of the meat. 3/5

Filling: The meat of the kokereç is so shrouded in other spices that I suspect that they are there in “masking” quantities. I have heard of no one eating kokerec plain. 3/5

The “beef” in the tantuni, at its best, is succulent and savoury. Such is the quantity of oil that you rarely get chewy meat. But then there are the abiding suspicions…4/5

Spices: Kokereç goes for simple but effective: chili and oregano.  They are perfect complement to the meat. 5/5

Tantuni feels like it is just a touch too sexy and exotic for it’s own good. No one flavor can be enjoyed as they all compete for your attention like traders in a bazaar. 4/5

Grease: Yes, your secret weapon when fighting a pre-emptive war against a hangover. The kokerec grease comes in the form of straight up and down nastyass white fat. It is good, but you can actually hear it adhering to your arteries. 2/5

Tantuni, done in cotton seed oil, has to be better for you. Right? It certainly slips down your throat with a lot more vim, and doesn’t coat the inside of your mouth like the kokereç version. 5/5

Overall: With 16 out of 20, it seems that the tantuni is the Istanbulletin’s street food of choice. Overall, it appears that it edges kokerec (on 14) by virtue of being slightly less nasty. I mean, kokerec is guts after all.

But why does the kokerec outsell tantuni in such quantities? It is another Istanbul mystery.

To find the best of both, head to Besiktas. The Kartal Kokereç Cafe has the freshest bread and the most succulent kokerec, while just around the corner Suat 33 Mersin tantuni delivers the real deal.

Chicago, IL: Food Truck of the Week – The Jibarito Stop