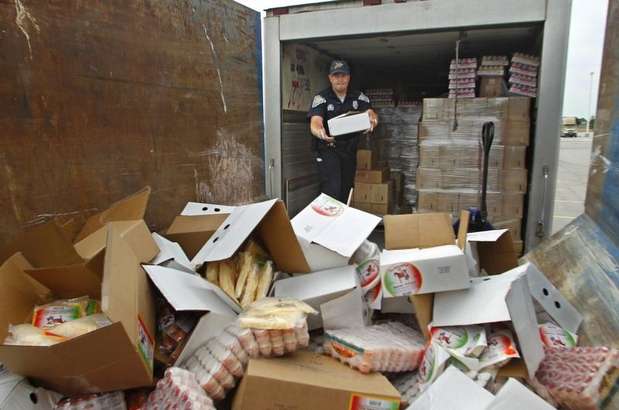 Trooper Nate King said the air temperature inside the box truck was about 60 degrees. The truck contained mainly dairy food and about 100 pounds of sausage.

More details will be available soon at jconline.

In the last week, five hot trucks — food transportation vehicles with inadequate refrigeration — were identified and ticketed by Indiana State Police in Tippecanoe and surrounding counties.

About a ton of food was destroyed Tuesday after troopers discovered a food transport truck carrying items that were not being properly cooled.