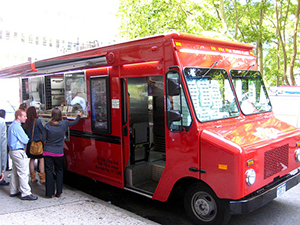 LITTLE ROCK, Ark. — Foodies and other consumers in Little Rock, Ark., will be able to dine at their favorite food truck without having to face the elements, reported KTHV. A new food truck court with modern amenities will bring food trucks together in one place, with a space for indoor dining, as well as to-go dining.

The downtown site was once a gas station and a car wash.

“[I’m] hoping what happens here is that it becomes sort of a destination point,” Scott Hamilton, one of two partners in The Food Truck Stop @ Station 801, told the news outlet.

Seven or eight trucks are set to be parked on the lot.

“[We will] rotate those trucks over a period of time, so you might see the same truck three days in a row, four days, and then you might see another truck,” he said.

It will also be the new onsite home of Brown Sugar Bakeshop Express, said the report.

“One of the things we’re wanting to do is make it a fun, relaxed place. So, we’ve got flat-screen televisions, we’re going to have free Wi-Fi,” added Hamilton.

He said it is also close to I-630 for anyone who’s traveling through.

“As folks are traveling, people that are here on vacation, hopefully in the summer, it becomes a good destination spot. Something that people can leave Little Rock, and say, ‘Hey, that was pretty cool’,” he said.