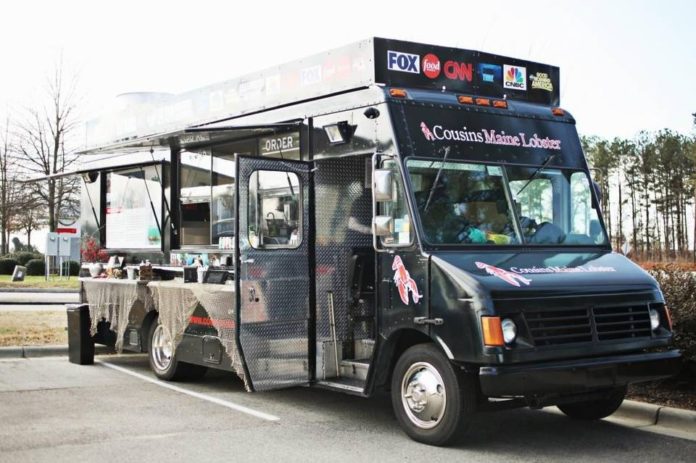 Food trucks have been rolling across the gastronomic landscape for long enough now that I think it’s safe to promote them from “trend” to “permanent category” status. It’s an astoundingly diverse category, embracing everything from the grilled cheese sandwich to Korean-Mexican fusion. For all their variety, though, food trucks and their operators have – as in any category – acquired a certain unifying image. 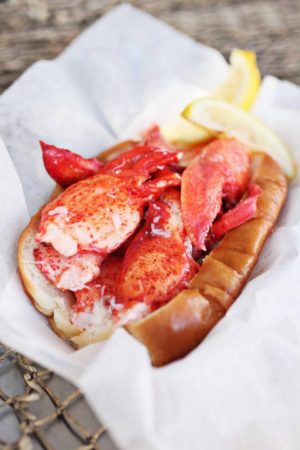 Cousins Maine Lobster defies the stereotype. Owner/operator Deb Keller is neither a tattooed hipster nor a chef on a mission á la Jon Favreau. She’s a former stay-at-home mom who, after seeing her children off to college, was searching for a fulfilling way to spend the next phase of her life. The surprise answer came in an episode of ABC’s “Shark Tank,” in which two cousins with family ties in Maine and a handful of food trucks in Los Angeles were trying to persuade an investor “shark” to help fund the nationwide expansion of their enterprise. Long story short, the cousins got one of the sharks to bite, and the Raleigh Cousins Maine Lobster truck hit the road last year.

And yes, that means that Cousins is a franchise – a term that at first blush seems antithetical to the food truck ethic. But, as the long lines that form nearly everywhere the truck parks will attest, there’s nothing least-common-denominator about the food.

The star of the show, naturally, is lobster – harvested and processed in Maine, and shipped to Keller’s cold storage facility in Raleigh for preparation. A number of other items, including shrimp for shrimp tacos, also come from Maine.

But Keller serves those tacos on locally made tortillas, and uses local produce when she can. 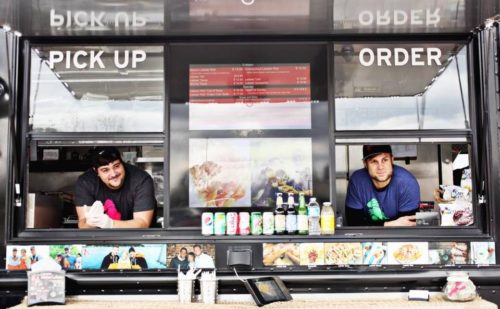 The Maine lobster roll and its Connecticut cousin share top billing, and deservedly so. Both deliver chunks of sweet lobster meat in such abundance that you can barely see the buttered and toasted New England style top-split hot dog roll they’re served on. On the classic Maine version, the lobster is chilled and the bun gets a light smear of mayo. For the Connecticut lobster roll, the meat is gently warmed in butter and given a final drizzle of lemon butter.

Shrimp tacos are popular, and in my opinion a better choice than lobster tacos, whose delicate shellfish sweetness tends to get lost among the bright notes of pico de gallo and cilantro-lime sauce. Then again, I’m a purist when it comes to lobster. I’d take the lobster tail, lightly deep-fried and served in its shell, over either of the tacos. Maybe a side of tots (this is a food truck, after all) to round out the meal.

Lobster bisque, made from one of the founding cousins’ mother’s recipe, is exquisitely rich and generously garnished with bits of lobster meat. The New England clam chowder also gets rave reviews, but I may never get around to trying it. It’s hard to imagine ordering the chowder now that I’ve had the bisque. 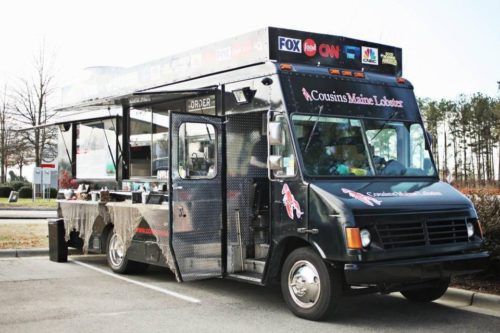 In fact, I’ve already got my next meal planned. I’ll get a cup of the bisque and a lobster roll – Maine or Connecticut, depending on the weather. For dessert, I’ll pass on the lobster ice cream (you don’t really taste the lobster in the vanilla bean ice cream) and opt instead for a Whoopie pie: a cream-filled chocolate cake “cookie” that Wikipedia informs me is the official state treat of Maine. The meal will set me back $22.50 plus tax and tip – high by food truck standards, but worth it. Because lobster.