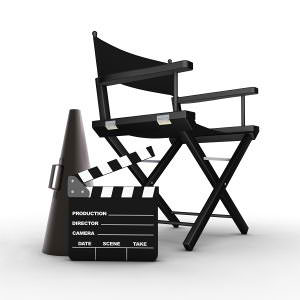 Full scale catering company had been handling various clientele since opening in 1994, catering mainly to the corporate, social, and political worlds. When the incentives passed, Chef Eric Carlson and wife Sherry Carlson went to Los Angeles to research the industry and its needs, just before the harsh recession took hold in 2008, threatening the entire operation. With their traditional sectors plummeting, they took a major leap to pursue the film business investing in one, and then a second catering truck.

The new film work basically kept the company afloat in 2008, but saw a significant bump in 2009 with 19 projects, from feature films to music videos and commercials. It required the purchase of a third catering truck as well as four new hires, creating three crews ready at one time. While Sherry Carlson was the early champion of the film business, 10-year-old daughter Amanda Lynne has been just as enthusiastic, having caught the acting bug years ago, and just landed a role in the upcoming Machine Gun Preacher, starring Gerard Butler and directed by Marc Forster.

“We took a really big hit in 2008, and without the film business, it would’ve been hard to keep the doors open, with 25 jobs at risk. But we did the proper research, found out what productions look for, how they do it, and set out to do it better than anyone. We’re experienced with high end clients, which helped us, because film sets expect top notch service, and at any time, even 4am.”