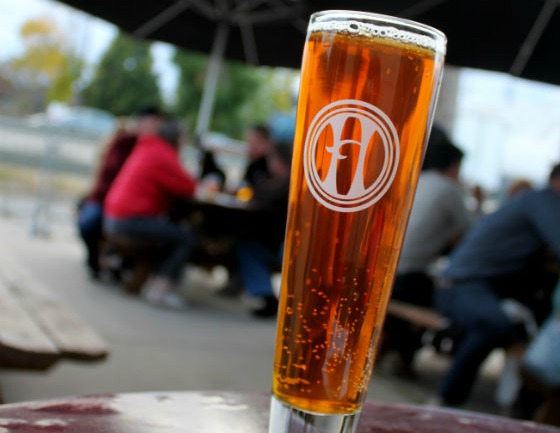 On May 10, Harriet Brewing will host Spring Spread, the first of three rallies in conjunction with the Minnesota Food Truck Association (MFTA).

Spring Spread will bring 16 food trucks to the Harriet parking lot, complemented by live music and lots of beer from the south Minneapolis brewery. The rally is free, though attendees must, of course, be 21 and up to drink. The festival lines up with Minnesota Craft Beer Week and Harriet will be releasing a different sour barrel-aged Divine Oculust each day of the week. The beer on the day of the rally will be a Divine Oculust aged with raspberries.

Later this year the brewery will host two additional festivals, the Summer Sampler on August 9 and the Fall Feast on October 18. Both will feature 16 food trucks, though the official details and line-ups are still to be announced. Each of the three food truck rallies will also benefit a non-profit.

The idea started last year with two similar festivals. “The partnership started one evening behind the MidNord Empanada Food Truck,” says Harriet’s Jesse Brodd. “They had the idea and the [Minnesota Food Truck] Association, and we had the lot, the marketing, the event experience, and most importantly our craft beer.”

Put on your stretch pants and catch the Blue Line over to Harriet for the following 16 food trucks on May 10. Parking will be limited, as all 16 trucks will be packed into the lot: