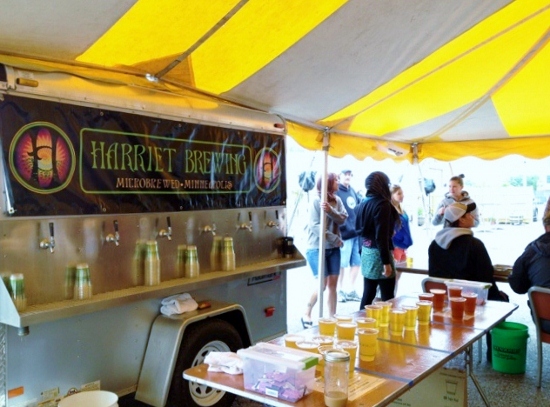 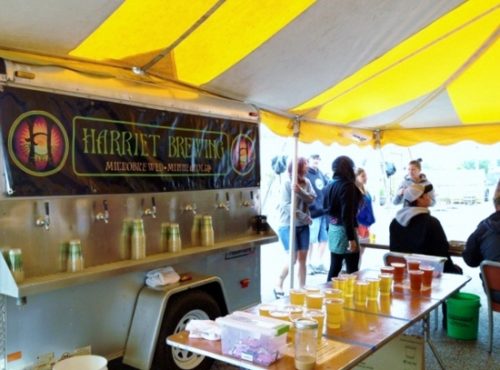 After a successful run in May, Harriet Brewing is bringing back another food truck rally, dubbed the Summer Sampler and set for August 9.

The gathering of the food trucks will include 18 different trucks including Jake’s Street Grille, Cupcake Social, and Rusty Taco, along with another 15 listed below. With the varied food offerings, of course, comes beer and live music. Host Harriet Brewing will serve Divine Oculust, Pils, Luv Jus, West Side IPA, and Wodan Weizen and hints that a barrel-aged sour is a possibility for the event. The music lineup features the Butanes, St. Dominic’s Trio, JiLL, and Walker Fields Jr.

The 18 trucks will be parked in the Harriet lot, carefully arranged in a round, carnival setup. To get all the trucks into the limited space, Harriet’s Jesse Brodd says, “[There are] three different load-in times and a scaled drawing with replica truck pieces so we can slide them all around and make the layout work.” The 18 trucks represented were chosen via a lottery of the MN Food Truck Association members.

For those who visited Spring Spread, Brodd says this event will be similar, but cleaner, as Harriet is anticipating large crowds. “We have increased our bins from the city and staff to keep the festival grounds very clean this time,” he says. The event hours are noon to 7 p.m. and the festivities are open to all ages.

Five percent of all tap proceeds from the event will benefit local nonprofit the Chicago Avenue Fire Arts Center. Harriet will also host an after-party concert with New Orleans group the Honey Island Swamp Band that is separate from the charity event.