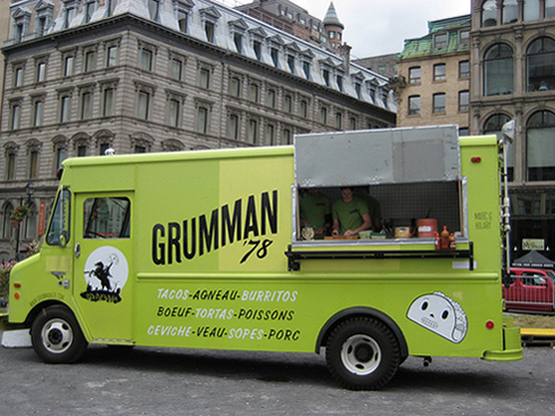 In Toronto, Calgary, Vancouver, Ottawa, and of course New York street food vendors have been allowed for years. Once upon a time, they were allowed here too, and now the city is thinking of bringing them back.

The city has opened public consultations on whether they should be brought back to the streets since they were banned in 1947.

Jean Lefebvre is the vice-president of the Canadian Restaurant and Food Services Association for Quebec. He says while some restaurant owners are worried about their possible return most of his members would welcome them back.

“It’s a very competitive environment in the restaurant business, so I think we will be able to cope with it,” he says. “Our recommendation is that Montreal set up a pilot project like they did in other cities. We can’t jump into this with 300 food trucks at once. We need to move slowly but surely.”

He is also recommending that a food truck not be allowed to set up shop within 60 metres of an existing restaurant. It would also have to follow the same rules as a restaurant when it comes to obtaining a permit, safety and food regulations, and so on.

The consultations continue next week. If the city gives the green light you can be taking a bite out of a hot dog or a pizza on the street by next summer.