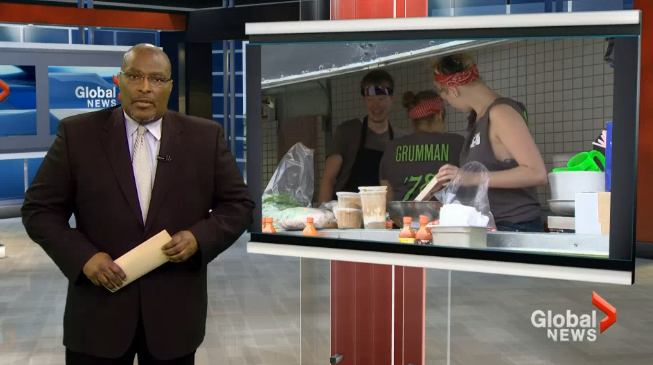 MONTREAL – When the City of Montreal ended an almost half-century ban on food trucks, the buzz it created was palpable; finally, one could walk outdoors and buy a bagel or even steak tartar from a vehicle.

The downtown borough of Ville-Marie issued 27 food-truck permits last summer as part of a pilot project, and the high cost of the offerings was one of the few lingering critiques.

But now that the program is in its second act, it has already come under fire from eight restaurant owners who’ve recently been informed that they will not be allowed to apply for a permit because their application didn’t score high enough in the city’s criteria.

“I’ve invested in the truck, I’ve trained staff, I’ve been ramping up toward early May for the launch,” said Nick Morena, the owner of St-Viateur Bagels. Morena was one of the entrants who was informed by email his business didn’t make the cut.

“And I’m not part of it, and I don’t have any answers as to why I wasn’t accepted.”

Under the structure of the program, a five-member committee evaluates the merits of each application, bearing certain criteria in mind, including uniqueness of the offerings, experience in the restaurant industry and even the ecological impact of each truck. Each application is given a percentage, and the top 30 are allowed to apply for a food truck permit — a process that is more or less automatic.

But jilted food truck owners complain that the criteria isn’t entirely clear, and that what the city has done has amounted to an elaborate bait-and-switch: on one end, it encouraged them to invest heavily in a quality truck, only to deny them the right to operate it the following season.

“They asked us to put a lot of money in a short period of time last year to make sure we were ready for the project,” said Emmanuel Lopez, the owner of L’Assommoir, a Mile End eatery specializing in ceviche and steak tartar.

Lopez was also denied the ability to apply for the permit, and said that of all the criteria he was asked to meet, the board never asked to try his food. He says he spent $200,000 on his food truck before last summer’s season, and it will sit this summer out.

“The people should choose a truck. Not a committee.”

Borough spokesperson Anik de Repentigny said there is no appeals process, and a characterization by restaurant owners that they were denied a right to ‘renew’ their permits is inaccurate because it’s part of a pilot project anyway. She also pointed out that the trucks will be allowed to operate during special events, so the summer won’t be a total loss.

But for restaurant workers like Mauro Ferrari, the news hurts in the pocketbook.

“I was looking forward to this all summer, and now it seems there’s been a change of plan,” he said while rolling bagels at St-Viateur. “Quite frankly I was depending on it for work hours.”