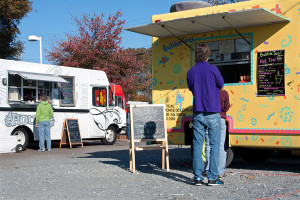 The popularity of food trucks over recent years hasn’t waned, likely due to their mobility and trendy menu items. As the food truck industry grows, so do the fire risks.

The International Association of Fire Chiefs partnered with FEMA to present a webinar on September 21, 2015 on Fire/Life Safety Considerations for Street Vendors, Fairs and Festivals, in which much of the focus was on food trucks.

Michael Young, deputy fire chief – Operations for the Plymouth Fire Department in Massachusetts, explained that despite media reports covering food truck fires and explosions, there’s not enough awareness of the hazards associated with them.

Young said that though food trucks appear to be a recent phenomenon, they have been a part of street and waterfront festivals as well as state fairs for years.

In 2014, The International Fire Marshals Association decided to research existing safety codes that could apply to food trucks. At that time, the association determined there was a need for increased awareness of the risks associated with operating a food truck.

For example, 20 pounds of propane is equivalent to 120 sticks of dynamite, Young said.
As food truck popularity continues to rise, more agencies are working to develop training and awareness programs. During its program development the New York City Fire Department raised concerns related to a black market for fraudulent permits. In addition, the agency was concerned that a food truck could be used as a weapon of mass destruction because of mobility and proximity to crowded venues.

There are several safety considerations that surround food trucks and their use of fuel-powered or electric generators.

Operators and those investigating after food truck fire or explosion should consider the following:

In the event of an incident, determining who is responsible may not be easy, said Young.

The possibilities include an event sponsor or promoter, the vendor operator, a charity if it is part of a charitable event, and even a municipality, if it occurred during a town sponsored event.

Young said that despite these questions, public safety is paramount.

“Isn’t it more important to enforce code than to grant waivers,” asked Young, during the presentation.

He said codes, permits, and inspections will vary from state to state and even city to city, if they exist at all.

Anyone investigating a loss related to a food truck fire or explosion will need to determine the codes applicable, who has jurisdiction based on where the event took place as well as determining land ownership.

He said that permits can vary by jurisdiction but may include the following:

Young stressed that vendors also need to know how to respond to a fire or propane leak.

Food truck safety is of real concern at festivals where large crowds form and where there may be limited access to the fire department and water, said Young.