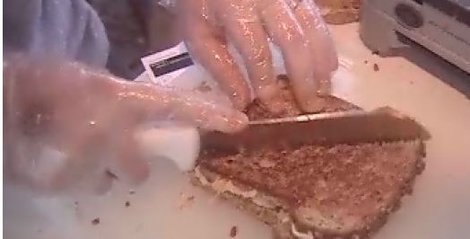 NEW ORLEANS – Mayor Mitch Landrieu has vetoed an ordinance allowing for an expansion of food trucks in the city, telling City Council members that he and his staff have concerns about the legality of the ordinance.

In his veto letter, the Mayor seems to refer to various amendments to the ordinance, passed April 19, which were publically questioned by Council President Stacy Head and others on the council.  Those include requirements dealing with available restrooms near food truck locations.

“Both the author of the ordinance and its principal proponent have publically stated their belief that elements of the adopted ordinance as amended may be unconstitutional,” said the Mayor.

The ordinance as approved by the council in a 6-1 vote expanded the number of food truck permits, but required vendors seek written permission from the nearest business with a restroom available for their customers.  The council did pass an exemption for vendors who can demonstrate that there is no commercial or public bathroom available within 300 feet.

Landrieu further said that the ordinance would likely face a court challenge.

“Further, the City Attorney has raised Equal Protection concerns and opined that this ordinance would not withstand a legal challenge.  It would be unwise to sign this ordinance into law in its current form when it appears certain that it will be invalidated by the court.”

The mayor ended his letter by saying he supports efforts by Head and the City Council to revisit the food truck expansion idea.

“Accordingly, I have directed my staff to work with the Council to immediately address this issue and develop changes which will result in mobile food vending laws which are legal, fair, enforceable and best serve the industry and the people of New Orleans.”