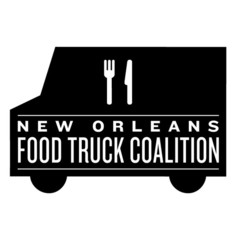 He was working the Bayou Classic when he says a restaurant called the cops on him.

“They called the police, they came out, they gave me a citation instead of the policeman saying ‘look, let me see your license, oh, you got everything, look I’m going to tell you that you have to leave,” said Williams.

Now a new organization called the “New Orleans Food Truck Coalition” is trying to stop these sort of incidents. The organization which consists of food truck vendors and also various professionals indirectly involved with food trucks, is hoping to ramp up support for its cause.

“We think that mobile food vending and food trucks are an important source of economic opportunity for people in New Orleans,” said Alan Williams, an organizer with the NOFTC. “We think that they’ll add to the city’s culinary culture.”

The restrictions include a limit of 100 permits available for “mobile vendors” within the city of New Orleans. Vendors are also restricted from working in the French Quarter and the Central Business District.

The NOFTC is hoping to make it easier for vendors to do their job.

The city did not have anyone immediately available to comment to WDSU Wednesday morning.

One reason the regulations are in place is to prevent food trucks from interfering with restaurants. WDSU reached out to the Louisiana Restaurant Association, but a representative said it is not commenting on the current situation with vendors.

Food trucks were a big hit during the period of mass rebuilding post-Katrina. Many vendors made their living reaping the profits from workers at construction sites.