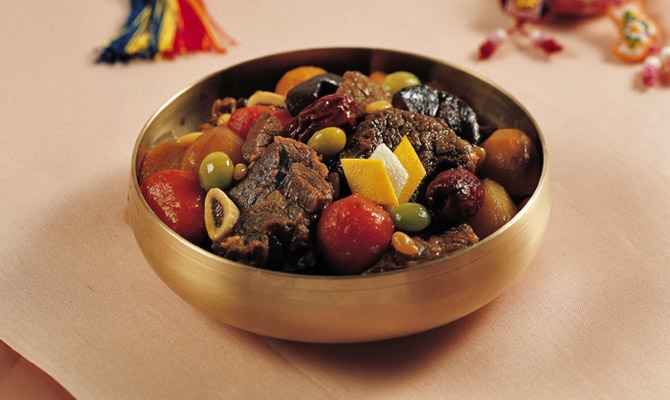 By Elsa Saatela  |  The Daily Meal

The first annual Korean Food Fair will be held in New York’s Time Square Oct.19-20, showcasing Korean signature dishes with tastings from major Korean food companies. The free-of-charge food fair is organized directly by the Korean government’s Agro-Fisheries & Food Trade Corporation, and will be focused on the growing popularity of Korean food within the U.S. Bulgogi, bibimbap, and kimchi, are just a few of the many Korean dishes that have been well received by diners across America, and the new food fair aims to further expand the interest in and knowledge of Korean food and culture.

The Korean Food Fair USA 2013 will kick off in Times Square on Oct. 19, boasting over 28 food vendors and multiple performances. Korean ingredients such as ginseng tea, kimchi, soju, aloe vera, roasted & seasoned seaweed, honey jujube, rice wine, and rice cakes, will be given out for sampling. Several Korean cultural performances will also take place, including the New York Korean Traditional Marching Band, a jazz performance by Yanghyung Soul Factory, and a K-Pop cover dance performance by the award-winning I Love Dance.

Prior to the main food fair, an invite-only event will be hosted on Friday 18 by Kim Jae Soo, President and CEO of Korean Agro-Fisheries & Food Trade Corporation. The event will include a Korean luncheon, followed by a panel discussion with Korean chef Shin Kim and Phillip Lee of the popular New York-based food truck, Kimchi Taco Truck. The two chefs will discuss Korean foods and their rise in popularity.

The Korean Food Fair is open to public and free of charge.