New York’s gourmet-food trucks the brash populists of the restaurant world are growing up: They’ve formed a trade group and hired a lobbyist.

The owners behind 32 trucks selling everything from Korean tacos to grilled cheese to artisanal ice-cream are banding together to form the New York City Food Truck Association. The group hired Capalino + Co. to push for speedier licensing and the right to park and vend at metered spots. 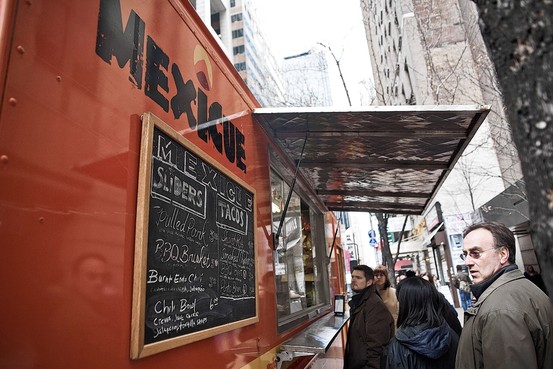 “We think the nature of street vending has changed and we are looking to advocate for laws that reflect those changes,” said David Weber, president of the group and a co-owner of the Rickshaw Dumpling Truck, which has grown from one to four trucks over the past couple of years. “We’re trying to overcome some of the stigma that street food has.”

Like lots of major cities, New York has seen a surge in trucks that elevate street fare far beyond soft-serve ice-cream and meat on a stick.

Restaurant owners, career-changers and entrepreneurs have poured money into the wildly popular vendors, whose daily movements are tracked by blogs and throngs of Twitter followers. Some have grown into outlets with multiple trucks and employees, and even brick-and-mortar stores. 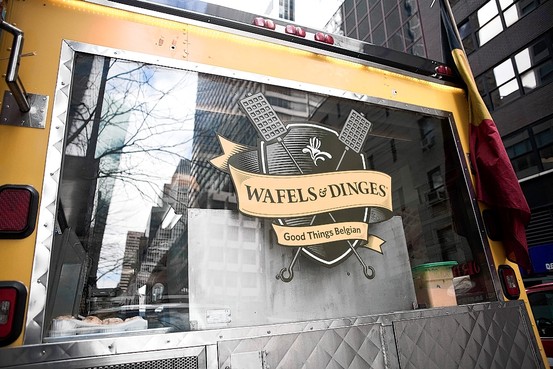 Still, they fight daily for places to idle. Turf battles have flared up. The most notorious was in August, when an escalating fight between the Rickshaw Dumpling Truck and the Frites ‘N’ Meats truck turned into a Twitter and blog war. Both trucks are part of the association now.

The city prohibits vending from metered spots, but nearly every food truck settles at one. Vendors said enforcement was spotty—usually hinging on whether someone complained—until recently, when police began forcing some trucks to move along. Derek Kaye, the owner of Eddie’s Pizza Truck, said police shooed him away from a popular Midtown spot last week in the middle of the lunch rush. “The city has pretty much metered the entire city,” said Mr. Kaye. “I don’t think the law is up-to-date.” 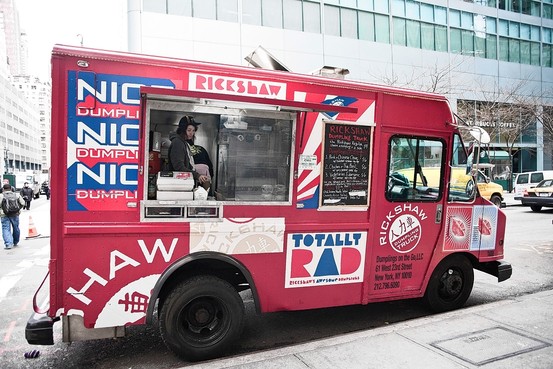 The food truck group is also hoping to shrink the amount of time it takes to get mobile food vending licenses to two weeks from what it now estimates is six to eight weeks.

There is no official tally of the number of food trucks in the city, but those in the industry have estimated that there are more than 50, plus a couple hundred ice-cream trucks.

The new trade group—which declined to disclose membership costs—does not include everyone. Sweetery, a well-known truck formerly called Street Sweets, chose not to join.

Co-founder Grant Di Mille said he thought the lobbying firm had a conflict because it has restaurant and real-estate clients, whose needs can run counter to those of food trucks. Mark Thompson, senior vice-president of Capalino + Co., said he did not see a conflict, especially because some trucks are now evolving into restaurants.

Mr. Di Mille said the fiercely competitive nature of the vendor world does not lend itself well to unity. “It’s ridiculously territorial,” he said. “If it was up to some of the other trucks, they would have us park under the Bayonne Bridge.”