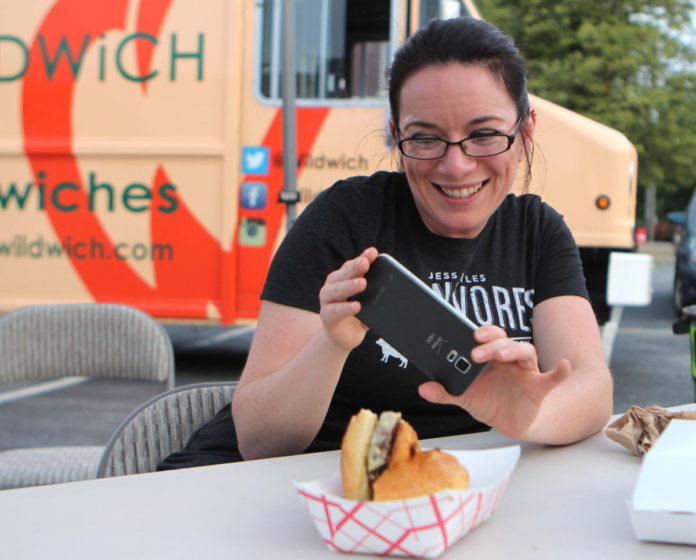 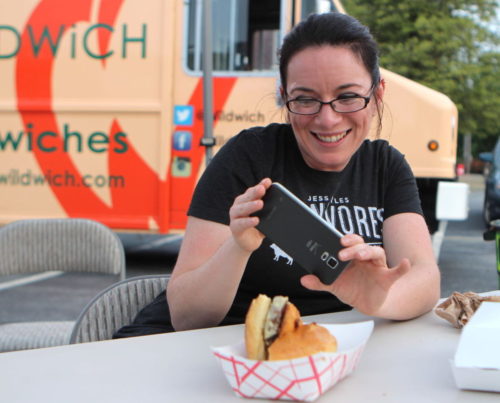 On any given weekend night, Main Street is abuzz with thousands of people heading downtown to patronize the bars and restaurants. However, with most of the activity concentrated between South College Avenue and Chapel Street, businesses on the east end of Main Street can feel a bit left out.

“Main Street seems to die when you get to Chapel Street, but there’s a lot going on here,” said Joe Murray, owner of Captain Blue Hen Comics in Market East Plaza. “We’re trying to draw a little attention to the fact that Main Street doesn’t end at Chapel Street.”

Key to that effort is a series of food truck festivals organized by Captain Blue Hen and the other businesses in the shopping center at 280 E. Main St.

Dubbed “#FoodDE Fridays,” the events include several food trucks as well as live music set up in the parking lot of the shopping center. The first event was held May 20, and the rest are set for June 17, July 15 and Aug. 19 from 5 to 9 p.m.

“This is just one of the awesome events we’ll have on this end of Main Street,” said Kita Roberts, manager of Blue Hen Comics and the organizer of #FoodDE Fridays.

A self-described “foodie,” the Newark native has traveled around the world doing freelance food writing and photography for a variety of publications. She also runs two food websites, www.passthesushi.comand www.girlcarnivore.com.

Roberts said she has seen impressive food festivals in other cities and is determined to bring some of those ideas back home.

“I’ve been all over the world,” she said. “Now, it’s my job to make Newark as cool as some of the other places I’ve seen.”

She said there’s a need for family-friendly events, not just on the east end of Main Street, but in Newark as a whole.

“Food is community, and community is food,” she said. “The community is here, we just need to bring it out. Our job is to make it better.”

Attendance was less than the organizers hoped for, but Roberts said she hopes the monthly event grows as the summer progresses.

Mike Stanley serves up homemade sandwiches from his Wildwich food truck. A veteran of the restaurant industry, he’s seen Delaware embrace food trucks and food truck festivals over the past couple years and has hope for the Market East Plaza events.

“We’re starting to change the culture. They did it in L.A. and Seattle,” he said. “Wilmington has started to take a look at what’s going on. We’ll see how Newark does.”

Billy Rawstrom, who was manning the grill at Maiale Deli and Salumeria’s food truck, said he enjoys cooking at food truck festivals.

“It’s a fun atmosphere,” he said. “It’s like tailgating.”