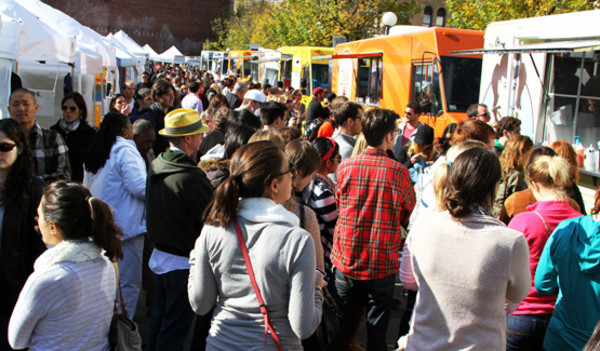 OCEANSIDE — The much anticipated food truck festival set for Nov. 11 was cancelled after event organizer and food truck co-owner Sara Stella could not secure a permit for the event.

It seems there were unresolved issues with adjacent businesses at 1527 Mission Avenue where the festival was planned to be held.

“There were issues with the venue,” Stella said. “The festival is postponed until next year.”

The K’Paza Food Truck makes regular stops at the Encinitas farmers market and Vista and San Marcos breweries. Presently there are no scheduled stops in Oceanside.

Sara Stella said the festival was planned to introduce people to her food truck and fellow food truck vendors.

Oceanside city codes allow food trucks to park on streets with a speed limit of 25 miles per hour for up to one hour, as long as the trucks are 500 feet away from restaurants, schools, parks, concession stands, restaurants and special events. Food trucks can also be invited to sell to a group on private property.

Stella said she hopes the food truck festival can be organized next year. She added that a different location might prove a better fit.