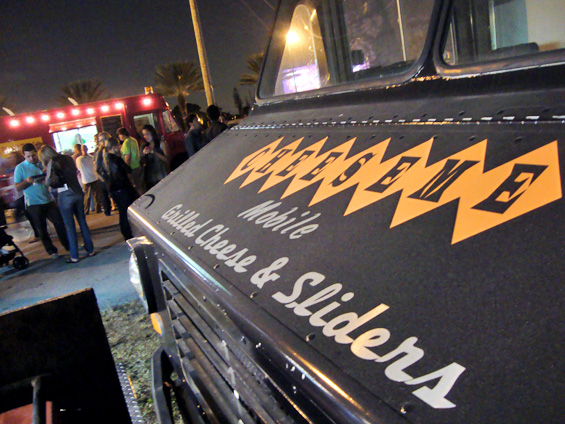 Ever since food trucks hit the scene, the operators and Miami-Dade County officials haven’t exactly seen eye-to-eye. Roundups have been shut down, fines have been imposed and tempers have flared.

The trouble seemed to stem from the fact that there were no laws on the books that specifically pertained to food trucks and that Miami-Dade was using zoning laws that applied either to food carts (like hot dog and ice cream vendors) or carnivals.

For a while it seemed food truck owners and the county had reached an unwritten agreement. More and more entered the fray and food truck roundups were held daily without specific laws or ordinances. Maybe the county was content with having truck owners purchase the required county tax stamp, gain permission of the owner of whatever property they were on and pull an event permit. Then again, maybe Miami-Dade County Commissioners thought “if it ain’t broke — let’s fix it.

At the upcoming May 17 County Commission meeting, Agenda Item No. 5 (D), a proposed ordinance regarding food truck roundups in unincorporated Miami-Dade County, will be voted on.

There are some sensible regulations of food truck roundup operations in this proposed ordinance that responsible food truck owners do anyway like require copies of state licenses of all food truck operators at a roundup and have plans for guest parking and refuse facilities. Food trucks would also not be able to serve alcohol, would need to notify the Miami-Dade Police Department and would need to provide a notarized permission letter from the property owner and site plan.

Hidden in all the 15 items that comprise the Certificate of Use packet needed to be filed for each roundup is the requirement that the organizer obtain “written waivers of objection from eighty (80) percent of the owners or tenants of residential buildings within one thousand (1,000) feet of a roundup.”

In plain speak, that means that the roundup organizer will have to go around to private houses and condos to get each owner to sign a paper saying they don’t object to the food trucks being in their neighborhood. Latin Burger owner Jim Heins calls the proposed ordinance “restrictive.” “We’ve been doing this for over a year now, why punish the little guys who are trying to make a living?”

The May 17 meeting is open to the public and food truck owners have the opportunity to speak in their defense. Heins and several others are planning to attend.

Meanwhile, food truck owners are constantly looking for new venues to hold their roundups. Some are reaching north to Broward and Palm Beach counties, possibly to see if regulations are friendlier there. It seems that food trucks are here to stay and it might be in the County’s best interest to work with these small business owners rather than lose their business to a friendlier location.