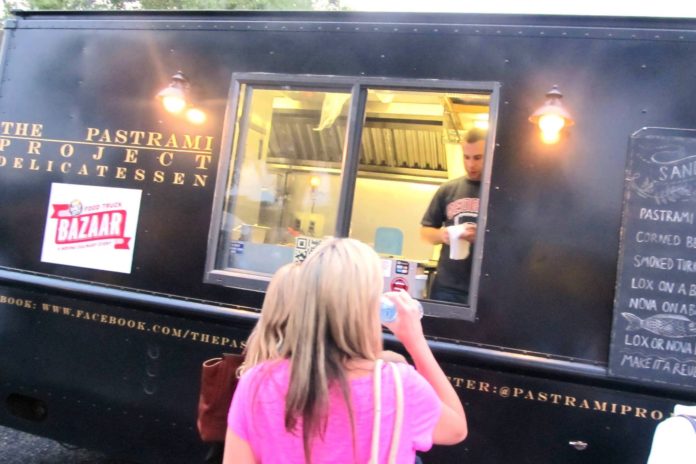 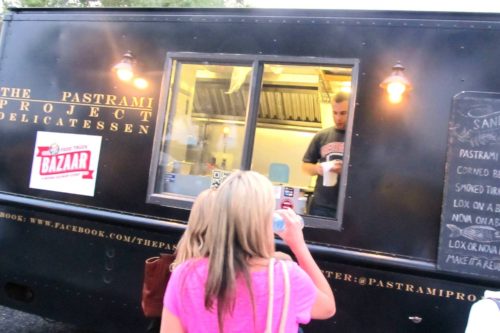 For the past year, my wife and I have been the owners of The Pastrami Project, a New York-style delicatessen on wheels in Orlando. We serve hand-brined, smoked and cured cuts like pastrami and corned beef on hearty Old World breads.

All across the nation, from Los Angeles to New York, food trucks have been enhancing cities. Orlando is the latest to be enriched. We diversify and expand our customers’ culinary horizons, using locally sourced products, and we create jobs in local communities.

Unfortunately, my business and other food trucks are being clamped down on by Orlando’s new mobile-vending pilot program. Now the city is one of the most restrictive in the country. Much of Orlando is verboten for vendors.

This includes the city’s downtown core, unless we enter a concession agreement with the city. Food-truck owners would have to spend money on an attorney and spend time negotiating with the city, both of which are too expensive and time-consuming for a small-business entrepreneur.

As a result, the city’s anti-competitive rules eliminate a huge market for us and deprive many people from easily visiting their favorite food truck.

In addition, mobile vendors are banned from selling on public streets, on sidewalks, in public parks and on any rights-of-way. So no more curbside service.

As if that weren’t harsh enough, food trucks can vend only on private property one day a week with notarized consent from the property owner.

Also, that property has to be in one of the city’s designated food-truck zones. That is a huge burden.

These restrictions affect more people than just vendors and our customers.

For example, the Falcon Bar and Gallery in Thornton Park once had a profitable partnership with several mobile vendors. But thanks to the city’s mountains of red tape, the Falcon’s landlord won’t allow it to host food trucks anymore. Other mutually beneficial agreements between private businesses and my fellow food trucks could soon end as well.

Supporters of these restrictions argue they’re necessary; otherwise, food trucks would steal customers from brick-and-mortar restaurants. But according to the Institute for Justice, a public-interest law firm, mobile vendors serve a different customer base than brick-and-mortar establishments.

The Institute’s report “Seven Myths and Realities About Food Trucks” lays out the many advantages restaurants have over street food vendors: We can’t provide a place to sit down. We can’t offer cover from the rain or a guaranteed fixed location or air conditioning, which can be problems during the summer.

But by attracting more foot traffic, food trucks can help local brick-and-mortar businesses. Hollywood, Fla., is a great example of this synergy.

The city allows the trucks on Monday nights, typically a slow evening for pedestrian traffic. Now the event, which features about 20 vendors, has become a major draw, pulling in hundreds of street-food fans from across South Florida. Thanks to the food trucks, people have more reason to walk around downtown and patronize brick-and-mortar bars, shops and restaurants.

In order to improve the city’s vending regulations, I’ve teamed up with several other mobile vendors and food-truck fans to create the Central Florida Food Truck Alliance. We want to vend where there’s actually a demand for food trucks, so we can better satisfy our customers.

City officials need to amend the pilot program as quickly as possible.

Los Angeles, one of the best cities for food trucks, would be a worthy model for Orlando to follow. In the City of Angels, food trucks can operate downtown, sell from metered parking spaces, and vend on sidewalks, as long as they don’t block pedestrians.

Thanks to these common-sense regulations, Los Angeles has hundreds of food trucks and a thriving restaurant scene. Orlando deserves a great street-food culture.