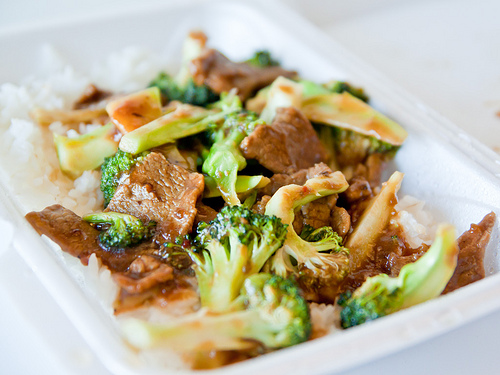 Sorry Drexel kids, the truth hurts, but I’m just gonna put this one out there… your Chinese food trucks… they suck. Forreals. I like to consider myself a connoisseur of fine dining, by which of course I mean mobile kitchens that serve food of Asian origins, and I spend a fair amount of time trying out each of them, noting the subtle nuances that make each one special (for instance… like gratuitous usage of MSG). After exhausting the options available on Penn’s campus, going from “Le Anh’s” all the way to “The Real Le Anh’s,” I expanded my horizons and set out to explore Drexel’s offerings. My process was simple, I picked the cart with the longest line of Asian people which happened to be Kim’s Dragon (Not to be confused with Kim’s Oriental… which actually makes me wonder how many people named Kim are going to open Chinese food trucks?).

First thing… the people in the truck aren’t even Chinese (I tried ordering in Mandarin and was greeted with blank stares). That’s not really something I can hold against anyone, since some of the best tacos I’ve had were made by Chinese people, and some of the best General Tso’s I’ve had were made by Mexican people, but it just felt… unauthentic? Secondly, the wait time is absurd compared to Kim’s Oriental, what would’ve taken 5 minutes there took more than 15 here. Efficiency fail.

The beef w/broccoli wasn’t actually awful, but it also wasn’t the dish you’d normally think of. The beef was a tad overcooked, but coming from the back of a truck, it’s something I’m willing to overlook. The sauce however, wasn’t the standard oil-laden soy sauce affair I’ve come to know and love. Their rendition was cloyingly sweet, clearly doused in sugar. Like I said, it wasn’t awful, in fact, the penetration of the sweet sauce actually made for some damn good broccoli, but it clearly wasn’t what I expected to get. It’s a $4 experiment that I probably won’t try again. I also ordered a beef chow fun since I had a jonesing for noodles pretty badly. It’s a hard dish to fuck up, in my opinion. It’s basically soy sauce, a lot of oil, noodles, and beef… stir fry them together. Yet somehow, they did. Catastrophically. Sure they got most of the components in there, the rice noodles, the beef, and even the bean sprouts, but why in the hell is there broccoli… and a single string bean pod? That’s not beef chow fun, that’s what my mom does when she’s cleaning her fridge… throwing random shit together and stir frying them. Then I thought… maybe looks are deceptive. Maybe this dish is spectacular in every way, and that broccoli and a single string bean pod added to beef chow fun was the next big thing! Nope. That didn’t happen. This was the blandest $4.50 I’ve ever spent. After disposing of the extraneous broccoli and single string bean pod, I went to town on the noodles, which were dry, stuck together, and were cooked with 沙茶醬 a.k.a. “Chinese bbq sauce.” That’s not what beef chow fun is about… at all. If you’re unfamiliar with the sauce I’m talking it about, it’s normally used to make dipping sauce for hot pot, not for stir frying noodles. Nice going Kim’s Dragon, you failed at one of the simplest noodle dishes known to man. All you had to do was make oily noodles and add some beef to it, but you fucked it up good. Nice. To add insult to injury, the portion sizing… is kind of inadequate compared to Yue Kee or the other Kim’s.

Someone actually suggested that it was ‘the best Chinese food in the city.’ Not only is this an exaggeration gone astray, but it’s downright silly (Chinatown is outraged). If they’re not even the best Chinese food within a 5 block radius, how can it be the best in Philadelphia? Sorry Drexel, but if this is the best you can muster, I think I’ll stick to my Kim’s… the Oriental one. PS – It has Chinese people in it.