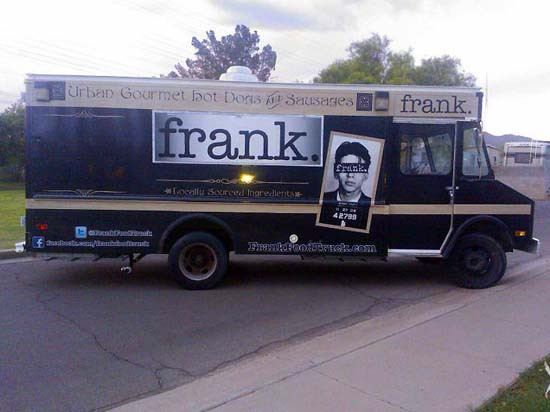 Heads up, hot dog hounds: a new food truck loaded with gourmet franks and scratch-made sides will be hitting the Valley’s streets in October.

Courtesy of Adam Allison, executive chef at North Scottsdale’s Skeptical Chymist, the hot dog truck, aptly called Frank. (for obvious ties to the tubular meat as well as Allison’s admiration of the 1940’s crooner Frank Sinatra), will feature gourmet dogs and sausages with a chef-ly twist.

How chef-ly? For advice on his food truck, Allison turned to Jeff Kraus (Crepe Bar), whose currently defunct Truckin’ Good Food truck was named one of the nation’s “Top 10 Most Influential Food Trucks” by the Huffington Post.

Along with the gourmet dogs shown here, Allison says he’ll serve up five more including a take on the Vietnamese sandwich banh mi made with pickled carrots and daikon; one wrapped in a grilled cheese with bacon and Funyuns; and another topped with brie, arugula, and apple. There will also be a revolving specialty creation on the menu.

Guests can opt to customize their own frank as well, starting with a natural all-beef, Polish sausage, brat, chicken sausage, or veggie dog, wrapped in a brioche or pretzel bun, and with a choice of sauce and toppings.

Signature dogs will be $6. Building your own starts at $4.

As for sides, Allison says Frank. will offer hand cut potato or sweet potato chips tossed with a selection of seasonings (think sea salt, rosemary and garlic, and onion and Sriracha) that can also be had “dirty-style” (as potato chip nachos). He’s also got signature saffron bread-and-butter pickle chips he deep fries and serves with a garlic remoulade.

Although the exact dates haven’t been set, Allison tells me Frank.’s first appearances in October will be a grand opening at Martini Ranch as well as Scottsdale’s Food Truck Caravan. To find out more, follow Frank. on its Facebook page or soon-to-come website.

“I want to keep everything local, but that’s not a cliché,” Allison says. “By staying local, it helps the community, it helps everybody. If you’re in this for the money, you’re doing it wrong.”

Save me a place in line. 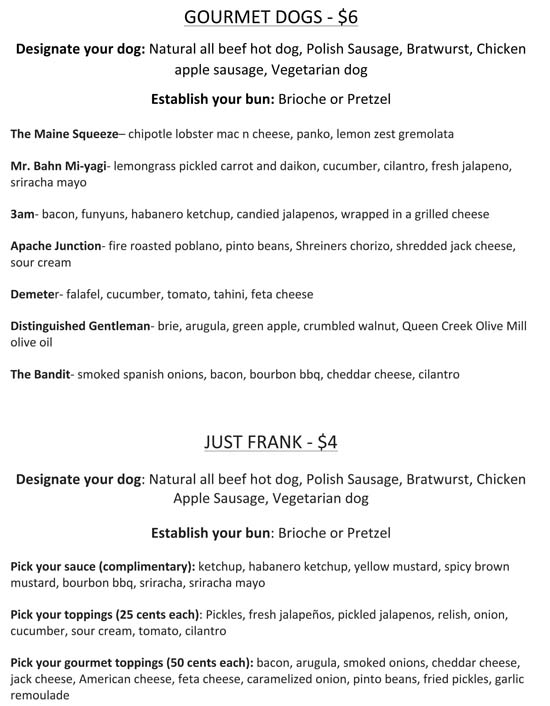 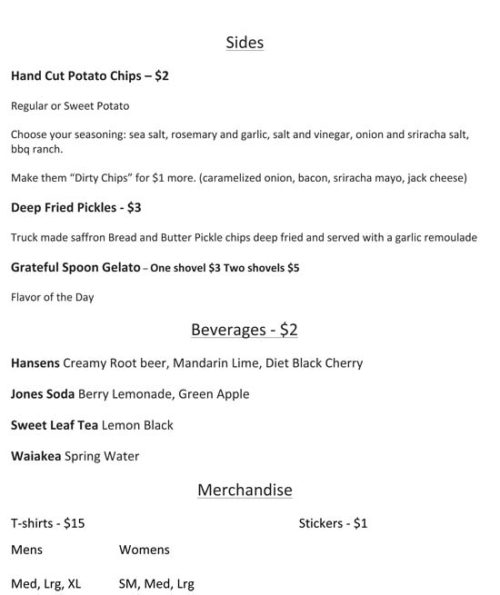