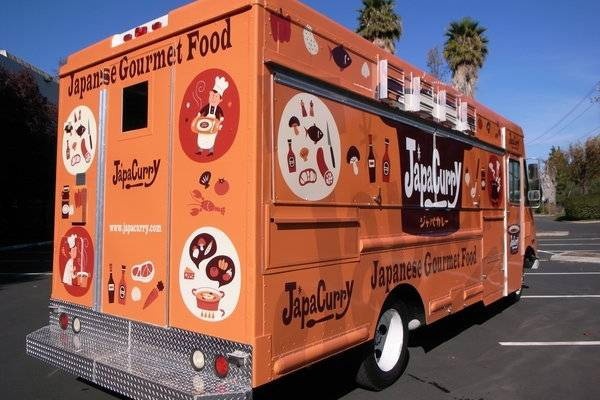 Get up to speed here.

All right, so the JapaCurry Truck can’t park in its designated space on Second Street in the FiDi SoMA because the owner of a struggling, three star out of a possible five-rated breakfast/lunch place (which is kind of big and empty-looking usually, and has two very similar joints like right next door, and has to compete with extremely popular lunch places like Chipotle (yes, Chipiotle, you would not believe the line) and the new Sushirrito (not too far away neither) took direct action against the foreign invaders by starting a whispering campaign, and then a letter campaign, and then a “I’ll park my own damn car in the space the SFPD just gave you a permit for campaign”, fine.

So that was it, no curry for you on Second Street this past Monday and Tuesday because the JapaCurry people don’t want to be where struggling, connected “bidnesspeople” are having coronaries, fine.

So on Wednesday, the truck parked near its designated Wednesday-Thursday space near New Montgomery and Mission, only to have existing restaurant owners call the cops again, again, and ask to see permits.

So on Thursday this week, yesterday, the truck was, once again, “unable to park” in its designated spot, so it headed south to Brisbane, far outside the realm of our local crybabies. See?

Now today, JapaCurry will be at On The Go in Civic Center. But next week, who knows?

Hey, why doesn’t the SPFD get off its duff and find a place or two for the JapaCurry Truck to park north of Market in the FiDi since JapaCurry has already jumped through all the hoops and paid all the fees and, apparently, all the struggling food purveyors of SoMA are so close to going out of business?