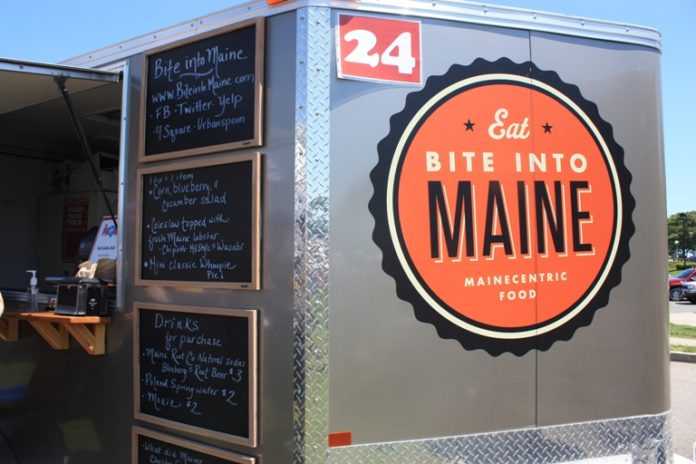 New limits on location and hours of operation prompt some to re-think setting up shop in the city.

PORTLAND – Foodies have seemingly cooled to the idea of operating food trucks in Portland.

At least, for this season.

Applications have been available since Aug. 16, but no one has submitted one.

A food truck task force was created more than a year ago after Sarah Sutton, co-owner of the Bite Into Maine food trailer, asked city officials if she could operate a food truck in Portland. The city didn’t have regulations, so the group worked for more than a year to craft rules to allow food trucks while also protecting the business interests of brick-and-mortar restaurants.

The final regulations allow food trucks on the peninsula from 6 a.m. to 10 p.m., but only in specific locations — largely away from downtown and existing restaurants. Off-peninsula, they would be allowed to operate in certain business and industrial zones.

From 10 p.m. to 6 a.m., food trucks may operate anywhere downtown, provided they are 65 feet from operating restaurants and lodging establishments.

The restrictions are prompting some to re-think setting up shop here.

“We still need to figure out where we can be because it is so restrictive,” Sutton said.

Sutton now operates a seafood truck in Fort Williams Park in Cape Elizabeth, where she paid $4,000 to set up shop. It costs $500 to operate a food truck in Portland.

The Cape Elizabeth business benefits from being set up in the same location every day, she said.

And that’s not easily accomplished in downtown Portland, where food trucks are largely banned until 10 p.m. Even where they are allowed during the daytime, trucks need to abide by normal parking limits, unless they are on private land.

“What they’ve opened up is pretty limited,” she said. “It’s not an opportune time to find a spot. If we could be on the street, that would be a different story.”

Julie Ann Johnson, a business license administrator with the city, speculated that some people may be waiting until next summer to get a license. But she is hopeful people will come forward this year.

“I was part of the task force, and there was some good interest,” Johnson said.

Steve DiMillo, the owner of DiMillo’s Floating Restaurant, who also served on the task force, had also expressed interest in opening a food truck. But for now, those plans are “on the back burner,” he said.

Dimillo said he hopes someone steps forward this season to open a food truck, because it would be good for the city.

But he doesn’t want it bad enough to allow them to set up in his waterfront parking lot.

“Maybe if they were selling margaritas,” he said. “Oh, wait, I guess we sell those, too.”

Fancesca Ferrigno said she was initially excited to bring her Fire & Company food truck to Portland. But the rig — a 1949 international harvester — exceeds the city’s size rules.

The city limits food trucks to 10-feet-by-20-feet, but the limits include side extensions and awnings.

Ferrigno, who uses the truck to cater events, said she is also part of a food truck outfitting business called Northeast Chop Shop. She is considering outfitting a smaller rig to bring to Portland, said but the city limits would be difficult to meet.

“I am skeptical we’d be able to fit in their dimension rates,” she said.

Michael McAllister said he is still interested in bringing the Shuck Truck — a 1963 Airstream Globe Trotter trailer that sells Cabin Cove oysters — to Portland, but probably not this year.

“I just don’t think people will be buying oysters out of a shiny truck in December,” he said.

McAllister said he would likely begin the application process this fall. When licensed, he would only operate at special events, rather than having a daily presence.

But even then, finding a location will be a challenge given the restrictions, particularly the 65-foot setback from brick-and-mortar restaurants.

“All the places where there’s one restaurant, there’s a string of them,” McAllister said. “So that blocks off a huge area you can’t go. There’s only a few good spots for us.”