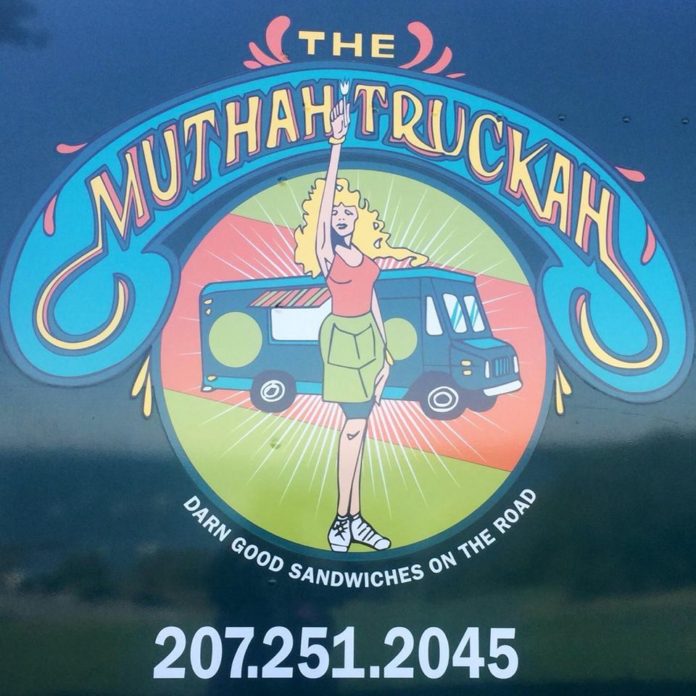 The first bite of the Lola told me this was a sandwich with a big personality.

First, my teeth sank into the slices of griddle-fried ciabatta bread. Then came the layers of bacon jam (bacon literally pulverized into jam), bright orange BBQ potato chips with ridges, turkey, cheddar cheese, pickles and BBQ aioli. There were some pretty strong flavors in there, yet no single one shone above the rest.

It was crispy, buttery, chewy, crunchy, tangy, sour and creamy, all at the same time. It was like a blockbuster Broadway musical, dancing in my mouth.

So I shouldn’t have been surprised when the sandwich’s maker, Erica Dionne, said of Lola: “She’s a showgirl.”

And what a show she puts on.

Dionne has been making the Lola, and other creative sandwiches with feminine names, in her Muthah Truckah food truck since last October. She said the names come from a variety of places, including some from songs. Lola, we all know, was a showgirl in Barry Manilow’s 1978 hit “Copacabana.”

And as a sandwich, she’s been a hit for Dionne, proving to be a big-seller at The Muthah Truckah. When I bought one from the food truck, which was parked on Spring Street in Portland on a Friday, three people waiting ahead of me ordered the same thing.

Besides the incredible melding of the flavors, the thing that impressed me the most was the effort Dionne puts into making the bacon jam. She crisps up some thick cut bacon, sautes onion in bacon fat, then adds in maple syrup, bourbon, coffee and other ingredients. Then she pulses it in a food processor until it can be spread.

The Lola was $7.50, and big enough for two lunches for a reasonable person. But I ate about three fourths of it, plus a yummy side of broccoli salad, for $2.50. It was fresh, crispy broccoli pieces with cranberries, red onion and almonds in a creamy dressing.

There are eight sandwiches on The Muthah Truckah’s fixed menu, plus specials. Some of the other sandwiches I’d like to meet include: Ruby, with roast turkey, Swiss cheese, tart apple, arugula and fig jam; Ange, with roast turkey, sharp cheddar, bacon jam, arugula and chive mayo; and Penny, with ham, capicola, Swiss cheese, pickles and mustard aioli. All of these are $7.50 and come on the “golden griddled” ciabatta bread.

I was also intrigued by the Fran Frico, a sandwich of provolone and Swiss cheese, grilled, with cheddar cheese crust, for $6. The day I went the special sandwich was Carmen, with ham, bacon jam, tomato, red onion, arugula and maple sriracha aioli.

One of the great things about a food truck is it can go where ever it wants. The bad thing is it may not go where you want it.

Dionne usually posts her weekly schedule on the truck’s Facebook page on Sundays. She tries to go to generally the same places, on the same days each week.

But it’s good to check Facebook before getting your heart set on Lola, or Ruby.

WHERE: Spring Street, near Temple, in Portland, most Mondays and Fridays. Specific weekly schedule of locations is posted on The Muthah Truckah Facebook page on Sundays
WHEN: Lunch time generally, but check Facebook for specific times
WHEELCHAIR ACCESS: Yes