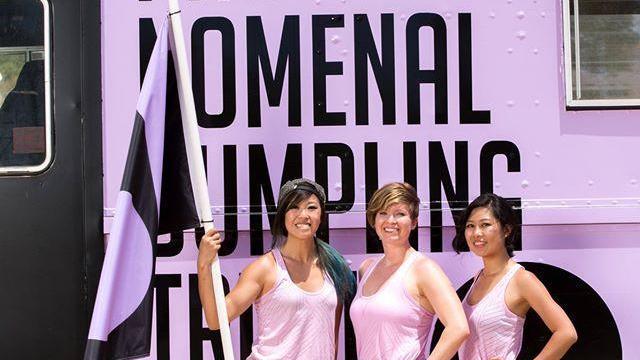 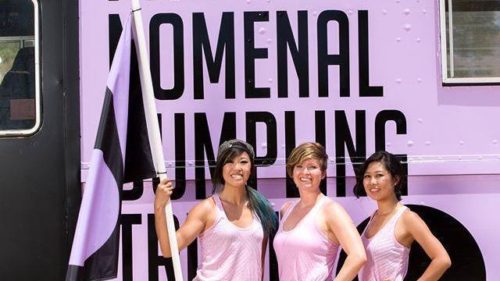 The Pho Nomenal team, Sophia Woo, Sunny Lin and Becca Plumlee, bested Waffle Love, a waffle truck out of Provo, Utah, in the reality competition. This season had the trucks traveling famed Route 66.

“This competition shows that Pho Nomenmal has everything it takes – the smarts, the food, the innovation – to compete with other professional food trucks,” Plumlee said.

Pho Nomenal started its winning streak in St. Louis with a cooking challenge that had the teams battling head-to-head on pork, chicken and beef dishes. Pho Nomenal’s chicken and stuffed hamburger earned them an advantage there.

Then, there was a brief stop in Springfield, Ill., where trucks were given three hours to serve but could only accept $5 bills. Pho Nomenal edged out Waffle Love in sales there, but not by much.

Chicago had the teams serving 50 themed dishes fitting the culture of Chinatown, Little Italy and Greek Town. Pho Nomenal’s St. Louis win meant they only had to sell 20 dishes in Chinatown. The ladies quickly regained the lead with their short ribs.

They sold toasted ravioli in Little Italy, and their loaded Greek chicken tater tots were so good, they were able to sell 100 of orders – 50 the first time, when they unknowingly parked two blocks outside of the “Greek Town” radius they were instructed to stay inside, and 50 the second time, when they had to go back because the first sales didn’t count.

Waffle Love struggled to sell its banana spring rolls in Chinatown, mainly due to a bad location. After a change of venue, they met their goal, but still trailed Pho Nomenal.

The popular Asian-fusion truck almost didn’t make it through the first episode, after their truck’s engine had problems. The truck had to be towed around to destinations. Pho Nomenal made just enough money to stave off elimination.

The team really started to hit its stride in Amarillo, Texas, where they won “The Big Texan Steak Ranch” challenge by eating a 72 oz. steak.

Despite the competition, Pho Nomenal said there was a camaraderie among the trucks.

“It has always been about community since we started,” Woo said. “Every city came together to support us. It gives me hope in the goodness of people.”

Lin said she got hooked on Waffle Love’s food.

“I dream about their whipped cream. We’ve been trying to get their (waffle) recipe this whole time,” Lin said.

Pho Nomenal teamed up with Blackjack Brewing and The Chef’s Academy in Morrisville for a North Carolina version of the “Great Food Truck Race” Sunday night. The event featured local food trucks competing in challenges and raising money for Stop Hunger Now. The Pho Nomenal team stuck around Blackjack to watch the finale with friends, family and fans.

The room erupted in cheers when their win was announced.

“We’re grateful, humbled and honored to have the opportunity to compete with this caliber of trucks,” Woo said. “We’re grateful for all the lessons from the other trucks.”

As winners of the Food Network’s “Great Food Truck Race,” Pho Nomenal Dumpling won $50,000. The team said they plan to open a brick-and-mortar location with the money. No other details were released.