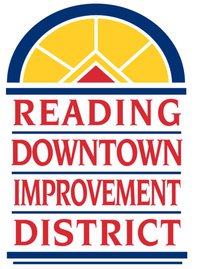 By Valdis I. Lacis | ReadingEagle.com

More street vendors and vending carts may be coming to the downtown soon.

Richard J. McDougall, DID treasurer, and Broad recounted recent discussions with Jim Hartling, a consultant working with city officials to put together the economic piece of Reading’s Act 47 recovery plan.

“It’s called seeding,” Broad said, and its been successful in cities around the country.

For example, Pittsburgh started out with a vending cart system and, about less than two years later, saw many vendors move into formerly vacant retail spaces, Broad said.

“Vending carts could be an interesting and unique draw to bring people into the city,” board member Denton Buckley said.

Hartling has suggested increasing that number to 20, with the DID buying 15 vending carts at about $10,000 each and then leasing them out to qualified entrepreneurs who want to sell dry goods such as T-shirts, flowers, food and so on.

Board member Edward Kopicki said that would require new regulations and commercial liability insurance to cover the DID if a food vendor customer, for example, would be hurt by a food product.

DID Chairman Larry B. Sundberg said he is not for the DID owning vending carts but does see the agency regulating the process.

McDougall said another part of Hartling’s concept is for DID to hire a part-time marketing person for about $25,000 to do the groundwork for the vending operation, seek out entrepreneurs and manage the program for about two years.

McDougall said the city would have to find $150,000 for the DID to go ahead with buying vending carts and with $25,000 more to hire the marketing person.

“The concept will need a lot of fine-tuning,” he said.

The board agreed to continue exploration of the street vendor idea.